My friend Hannah and I had tossed around the idea of a holiday in Montenegro for months. Both of us live in Slovenia, and living here inevitably opens up a curiosity about the other former Yugoslav nations. The word Montenegro, or Cerna gora (black mountain), conjured up exotic visions of pristine beaches, turquoise water, and fantastic seafood. Sporadic articles in magazines and newspapers fuelled our interest, so we decided to do it.

Speaking with Slovene friends who know Montenegro well, we were encouraged not to plan a thing, so we didn’t. Hannah’s sister Olivia and my friend Isla joined us from the United Kingdom, blind to our (lack of) preparations—but up for whatever, bless them. We flew from Zagreb to Dubrovnik in Croatia, then rented a car and drove the hour or so to Montenegro, visions of sunning ourselves dancing in our heads.

After a bored border guard decided to stare at our passports for nearly twenty minutes, murmuring to colleagues and pronouncing each of our names a few times, we found ourselves on a poorly kempt two-lane road that wove into the town of Herzeg Novi.

Crossing the border from Croatia into Montenegro was shocking. Gone were the pristine, gleaming holiday homes, replaced instead by cluttered, stacked buildings, jumbled roads, and numerous cars older than all of us parked in every available space. The main road runs through the chaotic town, and it seemed that every other second someone was crossing the road carrying anything from a cage of live chickens to a large lamp. Road rules seem to be obsolete; the two lanes were often turned into five, and blinkers are optional—as is yielding. Gleaming sunshine reflected off tin rooftops and decaying signs, more blinding than enticing. Strangely, the town disappeared abruptly as we wove around Boka Kotorska, a gorgeous blue-green bay surrounded by hills.

A ferry took us across the bay and the narrow bayside road to Kotor. We passed dozens of tiny stone villages dotted with grand stately homes. Locals in nothing but Speedos and bikinis dashed across the roads, sitting on concrete docks jutting out into the bay. It seemed surreal, as if thirty years of development had happened everywhere else in the world except right here. Tiny shops sold the basics—cigarettes, chips, and Coke—and a few hotels and guesthouses popped up here and there.

The road is not for the inexperienced driver—in its best parts there is just enough space for one car to pull to the side as another passes, keeping in mind that Montenegran drivers know these roads better than anyone else and don’t tend to reduce their speed. (As a side note, in three days of driving around the country, we only saw two other female drivers.)

Kotor is a gem of a town. A UNESCO World Heritage Site, it has a gleaming marina and grand city walls that protect a beautifully preserved, ancient stone town, with tiny pathways that lead to a few grand squares. The stone buildings are beautifully kept, save the occasional “2PAC GOOD” graffiti. On the day we arrived, the heat was unbearable, with noticeably few trees, so we decided to drive onward to the coast to vegetate by the sea.

The drive from Kotor to Budva, the main tourist town on the Montenegran coast, is around an hour through rocky hills and brief but lush forest. Closer to the coast, homes and apartment buildings begin to tumble down the hills to the sea, and tourism begins to be the obvious reason for these seaside towns. We passed through Budva, having been warned of over-tourism, and drove onward to see the famous Sveti Stefan, a fourteenth-century island village that was a retreat to the stars during the former Yugoslavia.

Sveti Stefan has been recently bought by a “foreign developer” (no one would tell us who), and its beaches and the town will soon be off limits to those unwilling to pay one hundred euros per person per night for accommodation. The island is connected to the mainland by a bridge with beaches on either side. It is an imposing, stunning collection of jumbled red rooftops behind a tall stone wall.

The six-euro admission fee was changed to five euros for the group of five people who went inside just before we did. The same rate was asked of us, though the teenager at the ticked gate refused to give us tickets, which I love to glue into my journal as a memoir. I then realized our friend was likely pocketing this cash, so insisted on paying the extra to get the ticket. This incident seemed a bit dodgy to all of us—and as we meandered the cobbled lanes between the buildings, we soon realized that Sveti Stefan had the same aura as Kotor, but with unnecessary added pretension.

Each cottage on the island houses only guest rooms, which start at two hundred euros a night without a sea view, and the few we peeked into were decorated in faded fabrics and tattered furnishings. The pool was a fantastic tribute to retro, with shiny silver deck chairs with lavender floral cushions and the obligatory waterfall. The view from the pool, however, was fantastic. We were there just as the sun began to fall behind the coastline’s rolling hills, which was a beautiful, soothing sight.

Unwilling to pay twice our daily budget for rooms, we drove on to Petrovac, a seaside town recommended by our Brandt guidebook. Arriving just as night began to fall, we attempted to find a room, which gave us more difficulty than anticipated. The small town was lively, with shops, restaurants, cafés, and street vendors. After walking the length of the boardwalk and finding no rooms available, we discovered a hotel tucked behind the grandeur that resembled a late 1960s Midwestern apartment block, furnished with period pieces that would likely sell for thousands at Ikea nowadays. For sixteen euros a night, we got a leaky sink, leftover hairs in the bathtub, orange patterned tiles, and what we hoped were clean sheets. Oh, and no curtains.

After getting over the brief panic attack at staying in such dodgy accommodation, we hit the boardwalk in search of food. The aura of Petrovac is hard to place, though it seemed that most of the tourists came from neighboring Serbia and Albania. The overall standards seem a bit lower, especially in restaurants and shops, though the prices reflect Montenegro’s embrace of the euro.

Everything seemed a bit cluttered, with snow globe–type souvenirs and the sort of over-decoration usually found in homes with fifty years worth of tchotchkes. In most restaurants, fish dominates the menu, usually grilled with various sauces and served with a potato and Swiss chard mixture popular in the former Yugoslav countries. Though it was nearly midnight when we finished our meals, Petrovac partied on, revelers dancing down the main drag eating ice cream, buying shell necklaces, and chasing small children.

We decided to go back to Kotor the following day. After a not-so-good night’s sleep in our seventies-disco hotel, we decided to splash out on a beautifully renovated bayside hotel seven kilometers from Kotor. Hotel Splendido lived up to its name, and at sixty euros a night in the high season and forty-five in the low, was well worth splashing out on. By early afternoon, we were lounging on comfortable chairs, staring at a clear blue-green bay and rocky mountains jutting into the sky.

Boka Kotorska is by far the most stunning part of Montenegro. The water is just warm enough, the villages that line the sea are charming and not too imposing, and it seemed a small bit of paradise where time passed and nothing really mattered.

Montenegro isn’t shy about its natural beauty, and the tourism office is eager to paint a picture of pristine beaches and charming towns. While beautiful, the pebbled beaches along the coast aren’t clean, and are densely packed with umbrellas, people, and makeshift shacks. Most of the towns we stopped in did have lovely town centers surrounded by tattered, nondescript socialist flats that tend to dominate the cityscapes.

It’s not easy to get around the country without a car, as buses are infrequent and often crowded and uncomfortable. Finding out timetable information is a difficult feat, and the information I received before our trip from the tourism board was incorrect. It is an easy two-hour bus to Dubrovnik, Croatia from Herzeg Novi, and buses do sporadically continue to Kotor. Boka Kotorska would be an ideal side trip from Dubrovnik, and would show enough of the country to feel the immense difference that tourism has brought to Croatia.

Montenegro’s likely not far off from becoming more like its northern neighbor, though it has a long way to go before it becomes a trendy new spot. Perhaps that’s why I liked it so much, in hindsight. It seemed like an undiscovered gem: clumsy but determined, eager to share itself but grasping to the way it has lived for years. After being ruled by Turks and Venetians and Tito’s socialism, Montenegro is trying to find its place in the world. And there’s something charming about its chaos. 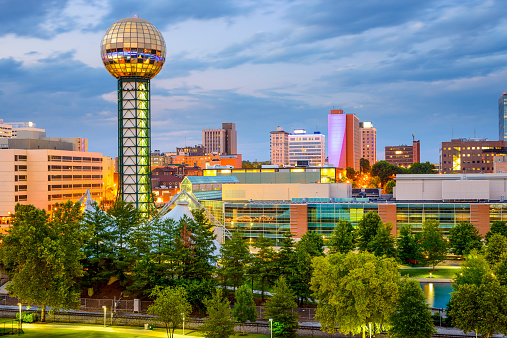 Knoxville: A Tennessee College Town Coming into its Own