Just as Corfu was Odysseus’ last stop on his way home to Ithaca, so the Ionian island was my last stop on a two-month tour of Italy and Greece. I planned to relax on Corfu’s beaches for a few days before heading to France, the last leg of my trip.

I took an overnight ferry from Patras to Kerkyra Town, Corfu’s capital on the eastern coast, and hiked to the tourist office in the town center to find a hotel room. Flying by the seat of my pants, I assumed I’d find lodging as easily as I had on my trip so far.

“Everything is booked,” the tourist office told me, something I found hard to believe. I remembered hearing about nearby Dassia Beach from some travelers I had met on the ferry. Surely I’d find a place to stay there.

Although early in the day, it was already scorching. The bus to Dassia had no air conditioning and was packed with young travelers like myself, who rammed into me as they made their way to the exit. The uncomfortable seven-mile journey to Dassia proved unfruitful: every hostel and hotel was full.

I rode the bus back to the tourist office in Kerkyra, where the staff telephoned a few hotels without success. They then directed me to the Tourist Police, across town at the Old Port. En route, I saw a sign for rooms in a travel agency window, and hurried to enquire. In no time, the English-speaking clerk found me a room with a family near the main square. I was beyond relieved to find a place to stay, as I had begun to run out of ideas.

My host, a man in his early forties, met me at the agency and escorted me to his house, gallantly carrying one of my bags for me. His wife, tall and slender with short dark hair, served me watermelon and showed me my room. They didn’t speak English and I didn’t speak Greek so we exchanged the international language of smiles.

After my stressful morning, I wanted to spend the afternoon relaxing at Dassia Beach. When he heard me mention Dassia, my host unexpectedly offered to walk me to the bus stop, waiting until I boarded before he left. I felt so grateful: an hour earlier I was a traveler with no place to rest her head, and now I had hit the Corfu jackpot.

The beach at Dassia was refreshingly cool and the water so crystal clear that I saw schools of fish swimming below. My restful afternoon on the beach and my hosts’ kindness revived my spirits. I decided to stay in Corfu for a few more days.

That evening, I joined my hosts as they watched a television show in English with Greek subtitles about two nuns who had seen UFOs. My hostess showed me some of her crewel work and served me more watermelon. Some Greek guests arrived to spend the night, and one of them, a young woman named Sophia, spoke English rather well and became my interpreter. I learned from her that my female host’s name was Nikolia.

Like clockwork, Nikolia’s husband escorted me everyday to the bus for Dassia, waited until I boarded it, shook my hand, and returned home. On my second evening, I met my hosts’ neighbor, Elena, who spoke some English. As we three sat at the kitchen table, Elena and Nikolia taught me some Greek words by pointing out things in the room. Nikolia served us watermelon, feta cheese, french fries, and crême caramel for dessert.

Nikolia sat with me the following morning as I ate breakfast. Elena was not there to interpret so we were both very quiet. Suddenly she rose from the table, walked to the cupboard, and pulled out plastic bowls of different sizes and colors.

She then launched into her sales pitch (in Greek!), demonstrating with great enthusiasm how to secure the lids tightly and seal in freshness. She was clearly Corfu’s top Tupperware saleswoman. Seeing these common American household items so far away on a Greek island astonished me. I had no idea Tupperware existed outside the U.S.

Nikolia’s intention was not to sell me any storage items. Rather, she used the Tupperware as a way to connect with me and, endearingly, to overcome our language barrier. Despite my protests, Nikolia insisted I take some plastic tubs with me as a parting gift.

That evening Nikolia, her husband, and I watched Ella Fitzgerald perform live on Greek television. I’m sure they selected that show for me, because Ella was American. The following morning—my last there—Nikolia woke up early to make me breakfast since I had to catch the morning ferry to Italy. I could tell she wanted to know if I would return to Corfu next year. I wanted to say yes, but knew I could not return. So I gave her a hug, trying to hide my tears.

On the ferry to Italy, I gave some backpackers the Tupperware, thinking they needed it more than I did, and because my bags were jammed with books on Greek and Italian art. Although later I regretted giving away Nikolia’s Tupperware presents, the thought that they went to other travelers consoles me.

When I returned home, I sent Nikolia and her husband a set of floral printed sheets, which reminded me of the flowers and cypress trees on the island. I received a thank you letter from Nikolia in English, written by a friend.

As a child, I was captivated by the epic tales of adventure, love, and war in Greek mythology—so much that for awhile, I chose them over playing kickball at recess. The Greek gods and goddesses in those beloved stories must have remembered that enthralled girl when they watched over the grown woman who sailed alone to their shores in search of adventure.

As they had done in ancient times, the deities helped her overcome obstacles on her long odyssey home.

Photos courtesy of the Ministry of Tourism, Greece ©2005 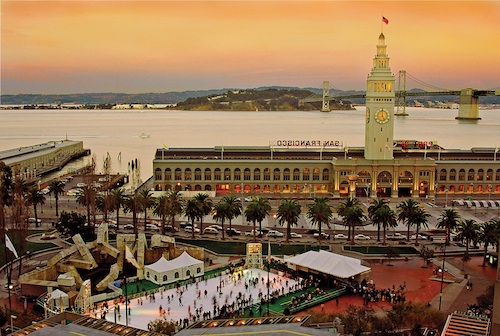