The mere mention of the Mexican city, Cancun, conjures up images of wild co-eds on spring break or, perhaps, overcrowded kiddie pools. But, I found an entirely distinctive experience just thirty minutes south of the infamous and bustling, Zona Hotelera. Lomas Travel whisked me from the Cancun airport in a private sedan, offered me an ice-cold Corona and escorted me safely to a decadent adults-only, five-star, gourmet all-inclusive oasis on the Mayan Riviera. The grand fountained entrance of the El Dorado Royale (a Karisma Resort) was trumped only by the concierge greeting me with a welcomed glass of champagne and a personalized “Buenos Dias Senorita Kamriani.” Clearly, I was a celebrity in Mexico. I was about to explore a sanctuary, which offered virtually every luxurious amenity imaginable- including a tame, yet festive Cancun style nightlife.

My private butler, Omar, began his service by ushering me through the main building’s services before his golf cart chauffeured me around the grounds. The vastness of the resort was spectacular, with 10 restaurants, 14 bars, 12 pools, 550 suites and a Spa all Spanning over 450 acres. Set on the Punta Brava Beach and surrounded by natural, lush vegetation, the El Dorado Royale, was indeed the ultimate laid back luxury retreat.

I had the exquisite fortune of staying in the ultra-swank Casitas- the VIP section of the resort. Set off at the far end of the expanse, the Casitas archway designated that beyond its borders lay a world of decadence. Somehow this already luxurious resort managed to outdo itself, with bungalows, semi-private pools, swim-up bars and beachfront cabanas for the exclusive use of its Casitas residents.

My Casita was supremely located right across from the Casitas Concierge Lounge (i.e. Omar) and in a corner pocket, thus offering the privacy of secluded stand-alone bungalow. In contrast to the regular hotel suites, the craftsmanship of these dwellings stood out with their high-beamed ceilings, Mexican palapa thatched roofs and inclusion of natural elements. My back patio, with outdoor bed, hammock and wispy sheer curtains, provided direct access to 2 lounge chairs resting in a lazy river. A private, lazy river, I might add. Even though the hotel was at capacity, I didn’t see or hear another soul when I was in my room, out back, or in my personal bend of the pool. I asked myself, “Dondé éstan todos?” Ahh, the sound of silence. At that moment, I became keenly aware of the “Adults Only” amenity. Speaking of, I had a completely stocked bar (in additional to the traditional mini-bar) with full size bottles of liquor, wine and champagne. The martini glasses brimmed with nuts and chocolate, while fruit baskets adorned my dining table. My Casita not only provided the privacy of an escape, it offered a haven to the humidity outside. Fortunately, there were many options to refresh with 2 tubs (1 Jacuzzi) and 2 showers (1 outside and appropriately named, Aguas del Amor). In the end I opted to experience the outdoor shower, because not only was the cool water a welcomed contrast to the dense heat, but also, it is not often that I get to be naked outside.

The centerpiece of my Casita, a shangri-la type shrine enveloped by willowy chiffon, was in fact, my bed. It, along with the tubs, was adorned with rose petals and towel animals. Yes, towels shaped into various exotic birds. (And for those curious types, the activities center offered classes on towel figures! Que sorpresa!) With all of the exceptional touches of my Casita, there is one that outdid them all… my bath products. My absolute favorite scent of all time is found in Bulgari Eau Parfumée Au Thé Vert (Green Tea perfume and toiletries). Only the world’s finest hotels carry these products, and I was most certainly in one of them.
I know vacations are supposed to be relaxing and kick back, but with so many options, I had a hard time deciding where to chill, grub and dip. Do I nap in the hammock, my outdoor bed, the chaise in my pool, or the cabana on the beach? Do I snack on a smoothie from the health bar or a quesadilla at the poolside café? Do I swim at pool #9, #10 or in the Caribbean Sea? Bahama Mama, Margarita or Mojito? Snorkeling, tennis or ping-pong? Treadmill, biking tour or aqua-aerobics? The endless possibilities exhausted me into a tranquil slumber…

One thing I knew for certain, Tuesday at noon, I was at Las Fuentes for a cooking class! This upscale open-air restaurant offered cooking demonstrations for its guests throughout evening meals. With its suspended cameras, large viewing screens, and approachable cooking stations, diners could witness how their favorite dish was created. Our recipe du jour was Camarones Ajillo- garlic shrimp with guajillo chili. Chef Christopher Belou began the class with a show and tell of various chili peppers. His step-by-step lessons and encouraging demeanor made me confident that I would be impressing my American amigos with my culinary prowess! The best part of this activity? Devouring our creation. Delicious!

As much as I wanted to head for Salsa lessons, I chose instead to indulge in a post-dining siesta and hit the Spa for a massage. I could’ve had the treatment in one of the Spa rooms or even in the privacy of my Casita, but I couldn’t resist the outdoor palapa. It is virtually impossible to describe the zone of relaxation that I felt with the balmy afternoon breeze washing over me, the nearby waves hypnotizing my senses, and the masseuse kneading my worries away.

Afterwards, as I walked back to my Casita, a golf cart drove up and a friendly butler asked if I wanted a ride. Ordinarily I would say no, but being in a euphoric daze, I replied with a grateful, “Si!” As we arrived at my Casita, I realized I never had even mentioned my room number to the driver… at that moment, I had full consciousness of the supreme service El Dorado Royale offered. It was unmistakably clear to me why in January 2007, the El Dorado Royale was awarded the prestigious AAA Four Diamond rating.

After a much needed rest, I decided to head out for the evening. At the Guacamayas Bar, I discovered a Mexican show followed by tequila tasting and dancing to a live band- all the nightlife of the Cancun strip, without the wristband. Rumor had it that tucked behind the bar were monkeys and sure enough, I found 2 of them. I came prepared and gave them a banana (despite the no feeding sign) and watched as the animals eagerly devoured the fruit! I wasn’t so quick to approach the rather large iguanas or peacocks wandering about the grounds… I was about to turn in for the night when I realized the music was drowning out the rush of a wild rainstorm fully underway. Well, all the more reason to keep on dancing!

The beauty and serenity of the El Dorado Royale was outdone only by the exquisite service. The indulging staff transformed my resort vacation into a meditative escape. Whether I was soaking in the Riviera’s ambiance on long walks, lazy swims or cabana siestas, a pampering butler was not far off. The array of activity and dining options offered me a Cancun experience in a laid-back luxury setting. One thing I wish I had scheduled in was a moonlit beach dinner. Watching sweethearts cozy up in candlelit cabanas dining on exotic cuisine made for a truly magical experience, which I fully intend to return for!

Catch her if you can, Felicia Kamriani is a California-born, Wisconsin-bred, half-Mexican, half-Pakistani globe-trotter. Having experienced the thrill of Mach 2 on the Concorde, Felicia now finds it hard to sit still. She’s traveled to 25 different countries and keeps on going! On a break from gallivanting the globe, Felicia studied serious subjects at UC Berkeley and then Stanford University, but decided upon graduation to continue on grass hopping. When not exploring other continents, Felicia writes about Los Angeles happenings, Hollywood news, celebrity charity events, film festivals and luxe vacation spots. Where in the world is Felicia now? Hmmm? 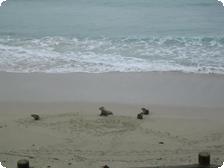 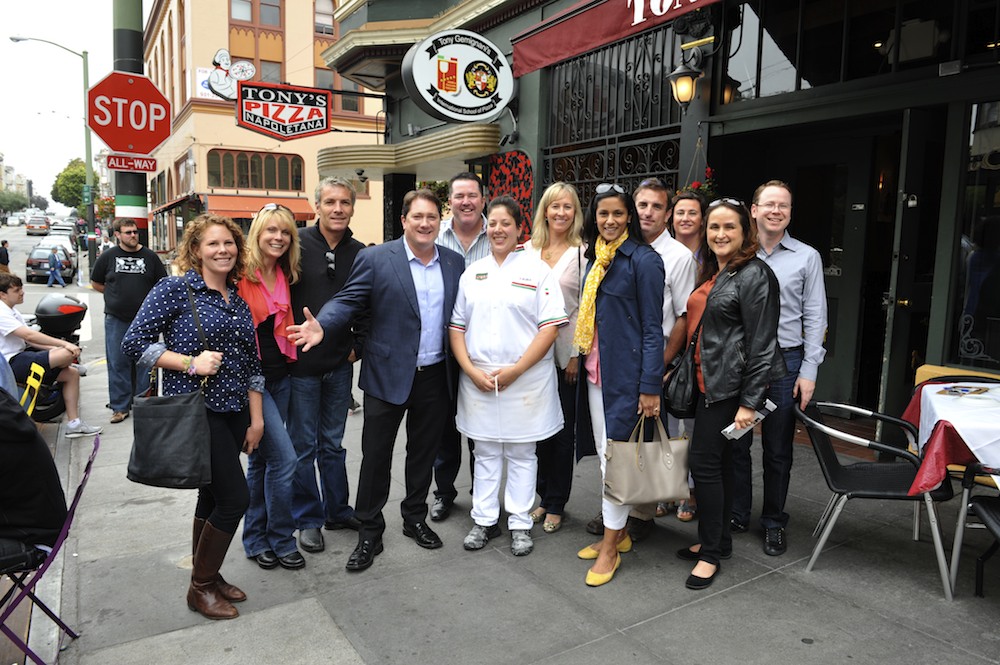