View from my room at the Listel

The Streets of Victoria

Vibrant Colors at the Gardens

View from my room at the Listel

With the Red Coat

Luckily ladies, Vancouver is a foot-friendly city, offering a plethora of footpaths and plenty of lush green park areas to work off your expanding middle-belly. Or, if you’re so inclined: rent a bike and peddle around the Stanley Park Seawall and watch the floater planes glide in through the harbor. It was on one of these “days of exploration” that I stood staring at what appeared to be a missing link from the Golden Gate Bridge. Towering into the sky, the flaming red crisscrossed long rectangular structure was a dominant presence overlooking Stanley Park and the high-rise buildings of the city. The daring dissimilarity between the colossal piece of art, jutting outside of its rectangular confines to the bland identical apartment buildings blending into the peripheral background was truly stunning.

And “The Jaguar,” as it was named, was not the only piece of modern art to grace the city limits. Vancouver’s international Sculpture Biennale launched on October 21st, 2005, features works from 22 different artists from around the world. The Biennale is an effort to celebrate Vancouver’s open spaces and its beautiful natural surroundings as well as to form a cultural bridge with other nations.

And if you absolutely love artwork don’t pass up a day at the Vancouver Art Gallery, currently home to the unique collection of works by renowned artist Brian Jungan, whose most famous display is that of old Nike shoes artistically shaped and converted into Native ancestral masks. Vancouver was apparently brimming with creativity. I glanced down at my nearly dilapidated pair of sneakers and wondered if anyone could make a masterpiece out of them. Somehow I reckoned not.

The day I arrived in Victoria on the short ferry ride from Vancouver, the sun gingerly peeked through foreboding dark clouds, and for the first time in a of couple days I felt the warmth of its touch. Before my eyes was a multi-colored patchwork quilt of vibrant flowers. I stood overlooking the sprawling grounds of the famous Butchart Gardens, a heavenly sanctuary that should not be missed. I mean what ignorant soul would pass up on tea, cookies, scones, magnolia trees, and of course millions of blooming flowers?

I’m not necessarily a flower guru meaning that I don’t scream madly when I see pink phalanoepsis orchids, though I hear they’re stunning. Nevertheless, with camera in hand I wildly snapped photos covering just about every inch of the lush land surrounding me. And whatever you do: be sure to stop in The Dining Room for high tea. The Teaberry Blend tea and candied ginger scones are just about enough comfort food to soothe anyone’s woes.

Later that night I sat smoking a stogie wondering how a day that started with sipping tea out of delicate chinaware turned into pints of beer and smelly cigars. Was I suddenly transported to Tijuana? No, I was still sitting on the elegant balcony of Hugo’s Bar and Grill looking out upon the brightly lit grand Empress Hotel. After yet another incredible meal consisting of pepper crusted filet mignon with brandy cream and several samplings of beers, what could be better than a good ol fashioned cigar? I really couldn’t think of anything more perfect. I blew a puff of smoke and watched as it twisted above my head, its long gangly and ghostly arms reaching hopelessly toward the sky.

I promptly decided that the next move was to explore the city’s nightlife, so strap on your dancing shoes because Victoria is bound to show you a good time. From large multi-level clubs to beach volleyball on rooftops at the Strathcona Hotel, don’t be fooled by the city’s seemingly uptight appearance. At a crowded bar in the Stathcona amid a rush of twenty somethings, I ordered my traditional gin and tonic with lime. Never really a good idea but bound to provoke a good time. And judging by the slight tingling of a headache I awoke with the next morning, the gin and tonics had worked their magic.

I was barely coherent enough when daylight peeked through the drawn curtains to stumble downstairs into the Magnolia Aveda Spa. Here it should be also noted that I am not particularly a “spa person.” Spa people are generally older, have plastic-looking faces and are usually whining about something that went wrong with their special “spa day.” In any case I’ve vowed to never become one of these people, which is a hard thing to do when one loves indulging in massages and facials. As a result I’ve become skeptical about frequenting spas for fear of turning into a crazed fanatic and addict. I\’m always stressed about something, and I know deep down that a trip to the spa is the ultimate muscle relaxant.

The Magnolia’s Aveda Spa was no exception, and as I settled onto the bed wrapped under warm covers and inhaled the soothing scent of lavender, I felt myself drifting away. The delicate touch of the esthetician’s hands lulled me beyond any apprehensions, and for one hour at least I didn’t care about a single thing in the world. It was really a great thing too since in approximately five hours from that moment I would be running frantically through the airport parking lot, having lost my luggage, my coat and my common sense.

Yet missing my flight was actually one of the best things I could have achieved. My stomach was especially happy later that evening as I sat through an eight-course dinner that included fire roasted portabella mushrooms and lamb chops glazed in balsamic vinegar. Turned out to be much better than the bite sized portions of plastic delicacies they would serve on my outbound flight.

That night at 12:45 AM I couldn’t sleep and I had to be up at 4:15 for my second attempt at heading back home. The large pillowy mattress cradled my exhausted body, and I thought I might just be happy if I were to miss my flight once again. The rest of my luggage had gone ahead without me when I fatefully decided that a single piece of clothing was more important than any other possession I owned.

Consequently I was left with no toothbrush, no hairbrush, and no other clothes, but I had that damn red coat. Aside from feeling slightly sheepish about the whole experience, I decided I was kind of happy I’d almost left it behind. Because of my ridiculous attachment to it, I’d gotten one more night in the quaint and lovable Victoria and that was worth missing a plane for. I also decided that I was somewhat obsessive, sighed and turned out the light.

For more information on the Vancouver Sculpture Biennale go to: 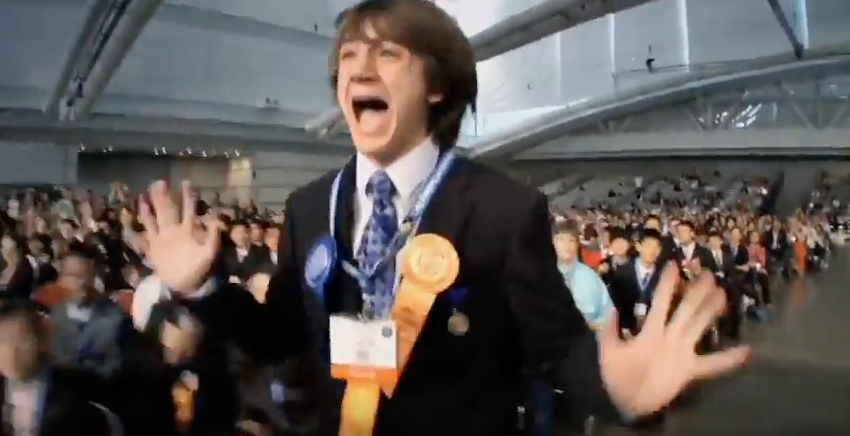