a train in China

Train stations in seemingly every city in China are packed with country folks, “nongmin” or peasants as they’re called, crouched on the curb, waiting for a job. They are tiny people with wide eyes dressed in old military fatigues. Next to them are puffy, thin-canvas bags that hold all of their worldly possessions, and their faces and necks are hardened, the skin chestnut-brown and tightened from years of planting and harvesting in the fields under a sun that blazes or a winter wind that cuts into every pore.

There is rarely enough money to buy meat, only on the holidays can they afford to be extravagant, and they have had rice three meals a day every day of their lives. While to most people—taxi drivers and students and all the million others traveling—I’m a sight, as a gangly white-faced American, the topic of eyebrow raises and whispers, but the farmers don’t even look at me when I walk by, for they are too tired and worn to worry themselves about foreigners. They are trading in the tranquility and exhaustion of the fields for the city, its factories that make the world’s goods, its promise of a better life.

My first train trip in China has arrived: I’m going to visit my cousin in Beijing. My school has spontaneously scheduled—after three days of examinations that begin each month—two full days of all-school games and sports events, so I have an entire week off. My journey to the nation’s capital starts simply enough with a motorcycle taxi from my school gate to the bus station, a four-hour bus to Changsha, the capital of the Hunan province, and then the 107 cross-town bus to the train station. I arrive at the station at nine at night to buy a ticket for the midnight train to Beijing.

This train originates in Guangzhou and makes various stops in bigger cities along its path north to the capital. It’s now nine-thirty, Monday night, and the station is an absolute zoo. Pushing, shoving, crawling, eating, spitting, shouting; people are swarming everywhere. There are no such things as lines to wait for the next open ticket counter, everyone just pushes towards the front. Salman Rushdie calls the masses in India the “many-headed monster,” and in China there lives a similar creature.

It’s November, and I’ve been here for three months, but it’s my first time buying a train ticket as I’ve traveled everywhere by bus so far. There are three classes of seats on the train: hard seats, hard sleepers and soft sleepers. This is a fifteen-hour overnight trip and more than anything right now I want to sleep. I stupidly assume that they will sell me a sleeper ticket since it’s a midnight train and who wants to sit on a hard-plastic seat all night? Apparently: everyone.

I just ask for a ticket to Beijing on the 23:55 train and don’t specify the class. I’m a little suspicious when the price is absurdly low, 170 yuan, or about $21, for a two-thousand kilometer trip. I examine the ticket after I buy it and there is no seat or bunk number on it, and my college-trained, analytical mind is starting to put two-and-two together. The suspicion increases as midnight approaches and people in the waiting room start to crowd near the iron-barred door that will be opened when the train arrives.

Then more people crowd forward. And more and more. They seem to come from everywhere and multiply as they get closer. Many are chewing watermelon and sunflower seeds and the men are chewing betel nuts which smell like rancid licorice, and the ground is literally covered in the seeds and chewed spit-out betel nuts and cigarette butts and it’s like confetti sticking to my shoes. When the train arrives, a police officer opens the iron gate, and now it’s a dead sprint down the corridor, the many-headed monster coiling and uncoiling, breaking apart and screaming through. I’m all in the midst of it. What the hell are these people doing? But I don’t want to be left behind so I’m running, too.

People are lugging huge suitcases and packed cardboard boxes of who-knows-what and it feels like there are thousands of them and the fire of their cigarettes is jutting around like fireflies in the darkened tunnel, and I just wait for one to go tsssss on the back of my neck. On the platform, people are running along the train to cars farther down like they’re Keanu Reeves in “Speed.” But something tells me Sandra Bullock will not be on this train, especially not with an entire car to herself. That kind of solitude never, ever exists here, and the least likely place to find it is public transportation.

I get on and push my way to a random car where there are thousands more people, so I elbow my way through to the next car and the next, but every one is the same. Absolutely packed. An old woman gives me a stiff jab in the ribs to get by. Not only do I have no seat, but I’m in a car with about five people to every one seat. There are people sleeping on the floor which is streaked with mud and soaked, torn newspapers and food wrappers and clear plastic bags that held oil-drenched dumplings covered in red pepper sauce, and cigarette butts and banana peels and more chewed betel nuts. There are no open windows. I spend the next six hours alternating between sleeping standing up with my forearms and head resting on the back of someone’s seat, or squeezing a quarter-seat away from a skinny woman who’s kind enough not to shove me off like the previous three people did.

I sleep with my elbow on my thigh and my chin in my palm until one butt cheek starts to go numb and wakes me up, so I go back to sleeping while standing up. The fluorescent lights hum the entire night. My contacts are glued to my eyes. By six o’clock in the morning it’s light outside, and I’m too tired and sore and pissed to sleep anymore. I can’t even get to the bathroom because there are people sleeping in the sink and on the floor where the squat toilet is. Thinking back to “Speed,” I’d gladly be Sandra Bullock handcuffed in a subway car by psycho Dennis Hopper as long as I would be blissfully all alone. I was once on a bus with six empty seats, and it seemed so portentous and strange that I kept waiting for the trick, for it to stop in a random village and thirty people to crowd on carrying cages filled with squawking chickens.

I arrive in Beijing after fifteen plus hours on the train. It’s 3:15 PM, I’m filthy and exhausted, and I need to find an internet bar to check my email because my cousin should have sent me his cell phone number, a minor detail I didn’t think to take care of before I left. I ask and ask for an internet place, and I’m sent in different directions every time. The Beijing West Railway Station sits along an eight-lane street that has an elevated walkway to cross to the other side. I’m sent back and forth across this walkway by people’s directions. Finally, an hour after my arrival, I learn that there was no reason for me to go anywhere but upstairs. I find the internet bar on the forth floor of the train station. An hour later I walk into an ex-pat café where my cousin, looking freshly cleaned, is sipping a foreign beer. “You know,” he says, typing something on his laptop. “You can buy a sleeper ticket once you’re on the train.”

For more information about traveling by rail in the US, and cheap deals for the over 50 read this article about how Discounts Get Better with Age from the latimes.com 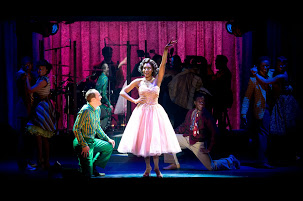