Every moment is magical in this emotionally charged show.

The Greatest Love of All: The Whitney Houston Show reminds us that music and song can be cathartic. We are transformed with each note. We are transported back in time with each song.

I can still remember a young and happy Whitney in her flirtatious video “I Wanna Dance with Somebody”. Fond memories of dancing with friends to that special song always makes me smile even during tough times.

Whitney Houston was a beautiful spirit that touched the lives of so many around the world.  I, like many of her fans, still mourn her loss and can’t really believe she is gone.

This musical tribute reunites us with Whitney. We are invited to share in the joy and splendor of her presence once more. Even if only for a few hours, we celebrate all that is Whitney.

The legacy lives on through the genius of producer, Showtime Australia.

Directed by Johnny Van Grinsven and launched in 2013, the show has already wowed audiences across the US, Canada, Europe, South Africa, Asia, UAE, Australia and New Zealand.

Belinda Davids mesmerizes the audience with her stellar performance.

Her vocal renditions of Whitney’s many hits bewitch the crowd. Close your eyes and listen; Whitney is surely resurrected. 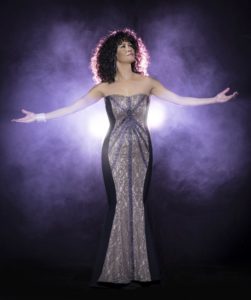 The live band, backup vocalists and a dance troupe add a touch of Las Vegas glow.

Whitney’s featured songs include: How Will I Know, I’m Every Woman, I Will Always Love You and so many more.

The touching tribute will leave you teary-eyed and begging for an encore.

For more information on the show and tour stops, visit The Greatest Love of All official website.

Volunteer Vacations: Contentment and Gratefulness from Giving Back

1 thought on “A Heartfelt Tribute to Whitney Houston”