Sonoma Jazz + Festival is pleased to announce that tickets will go on sale for the first of three nights, with the great Earth Wind and Fire headlining Saturday, May 22, in the big tent on Sonoma’s Field of Dreams. “No other band has been more requested to play the critically acclaimed festival in the Sonoma wine country,” enthused SJ+ Executive Producer Jim Horowitz. “We couldn’t be more exited about EWF, and what a great way to launch a new year, a new decade and our 6th year with this very hot show, which is certain to attract one of the most diverse audiences in our history!”

Earth, Wind & Fire were one of the most musically accomplished, critically acclaimed, and commercially popular funk bands of the ’70s. Conceived by drummer, bandleader, songwriter, kalimba player, and occasional vocalist Maurice White, EWF’s all-encompassing musical vision used funk as its foundation, but also incorporated jazz, smooth soul, gospel, pop, rock & roll, psychedelia, blues, folk, African music, and, later on, disco. Lead singer Philip Bailey gave EWF an extra dimension with his talent for crooning sentimental ballads in addition to funk workouts; behind him, the band could harmonize like a smooth Motown group, work a simmering groove like the J.B.’s, or improvise like a jazz fusion outfit. Plus, their stage shows were often just as elaborate and dynamic as George Clinton’s P-Funk empire. More than just versatility for its own sake, EWF’s eclecticism was part of a broader concept informed by a cosmic, mystical spirituality and an uplifting positivity the likes of which hadn’t been seen since the early days of Sly & the Family Stone. Tying it all together was the accomplished songwriting of Maurice White, whose intricate, unpredictable arrangements and firm grasp of hooks and structure made EWF one of the tightest bands in funk when they wanted to be. Not everything they tried worked, but at their best, Earth, Wind & Fire seemingly took all that came before them and wrapped it up into one dizzying, spectacular package.

Combine that with the traditional weekend Wine and Song events around the Plaza and an expanded SJ+ after-hours program of live music following the main stage concerts, with two other big nights to announce and you’ve got a fantastic weekend to anticipate. Proceeds from Sonoma Jazz + enhance, promote and support local music programs in the Sonoma Valley schools, with over $460,000 raised to that end to date. The festival is produced by Jazz Aspen Snowmass, now entering its 20th Year, one of the nation’s leading not-for-profit institutions supporting world-class annual performance and education programming.

Sonoma Day is this Monday! SJ+ is offering Sonoma locals an early opportunity to purchase tickets for the Earth, Wind & Fire show on Monday, January 11. Great seats will be available ONLY to purchasers with a Sonoma mailing address. These tickets can be purchased beginning at 9am Pacific online at www.sonomajazz.org . You must type in the code word LOCAL to be allowed to purchase and enter a valid Sonoma mailing address. Tickets will also be available for locals on Monday at Sonoma Valley Music, 521 Broadway in Sonoma starting at 10AM.

Tickets for the Earth, Wind & Fire show will go on sale to the general public Tuesday, January 12 at 9am Pacific at 866 527 TIXX (8499), or through www.sonomajazz.org ; also on a walk-in basis at Sonoma Valley Music, 521Broadway in Sonoma. 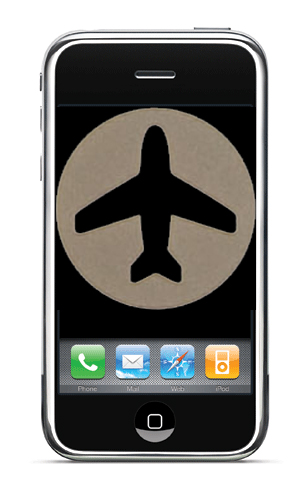 The Best Travel Apps for iPhone

Bernini’s Medusa is in San Francisco. Go and behold her.