Sky Dive Deland, a highly revered skydiving facility, is filled with elite members of an award winning sky-diving team. Also, we found out that Deland actually developed the tandem method which allows novice jumpers to experience the thrill of skydiving while safely harnessed to an instructor. (Word on the street is that Tom Cruise and Nicole Kidman were so hooked after their first jump here they went on to complete the accelerated freefall training program and became licensed skydivers.)

All of that was good enough for me. Or at least it was until we were ushered into the “classroom” to watch a video, not so much about jumping but more about signing our lives away and the correct way to fill out our “Uninsured Relative Workshop, Tandem Parachute Jumper Agreement” where we were allowed the “privilege of utilizing the tandem parachute system” which states that “ the success of the jump is dependent upon the perfect functioning of the airplane from which I intend to jump and the parachute system, and that neither the airplane nor the parachute can be guaranteed to function perfectly”……SAAAAY WHAAAAT??????

Oh well-what the hell. I gave up reading the fine print and initialed no less than 21 little boxes assuring then that I understood I might die. I then settled back to prepare for a good time.

After watching a bunch of the jumpmasters, I dibbsed Bobby— the tallest, cutest and thankfully one of the best trained, with no less than 5,000 jumps under his belt. After he told me he had a thing for redheads, I just knew I was in good hands!
We suited up, and for some reason I was given the hot-purple clingy jumpsuit. Then the winds began blowing and the planes were grounded, so for the next hour I had to walk around looking like a cross between a super hero action figure and Barney’s sister waiting to burst into an “I Love You” song.

The minute there was a break in the weather, we all raced to squish like sardines into a plane that had all of the seats removed except for the pilot’s. And then we go up,up and away. It takes about 20 minutes to reach the proper altitude. On the way up, Bobby is whispering sweet nothings in my ear… ok- so maybe they were just easy to follow instructions like “arch your back, extend your arms and curl your legs behind you like a banana when we jump,” but I swear there was a little neck nuzzling. It sure kept my mind off of what was coming. Bobby fastened our harnesses so tightly together that there was no need to ask about “boxer’s vs briefs” and then it was our turn at the jumper’s door. The photographer goes out first and hangs on to some handhold outside the plane with his camera poised and ready to capture your “Home Alone” face for your video.

When you jump out at about 14,000 feet and speeds of 120 mph plus, the first thing that hits you is the overwhelming noise from the engine and the wind. As you start your free-fall the jumpmaster will deploy the small pilot chute to create some drag to help stabilize the two of you. He then taps you to signal that’s it’s time to do your banana impersonation. This free-fall portion lasts only about a minute depending on the height from which you jump, but whoohoo is it ever exciting and so worth the 21 times you signed your life away! You really do feel like your leading a bird’s life.

After the all too short free-fall, Bobby released the big chute so that I got much more of a floating feeling, and he explained how to “steer” my parachute by pulling and raising my arms, rather like patting your head and rubbing your stomach. I decided to show off a bit and do some figure 8’s…BIG MISTAKE! Immediately a wave of nausea washes over me and I came this close to throwing up. “You’ll be ok,” Bobby murmured soothingly, “just take some deep breaths and stop turning.”

A couple last minute reminders about tucking my feet and we gently made a most graceful three point landing. The filmmaker ran up to me, sticks the camera in my face and say’s “So how was it?” I gulped some air, gave Bobby a big hug and then I replied in my most excellent Super Hero voice… “Loved it! What a thrill. It wasn’t scary at all. I can’t wait to do it again, but now if you’ll excuse me, I have to go throw-up!”
So yes, it was wonderful, and I can’t wait to sign up for a solo jump, but next time I definitely will be taking some Dramamine.

My group gathered for lunch and our movie premieres at Deland’s cozy restaurant/bar, The Perfect Spot. Everyone else ordered lunch, while I sheepishly sipped on my 7-up until my stomach settled. It took only about 20 minutes until our extremely professional videos were finished. We watched them over and over, reliving the thrills while comparing both jump styles and hair styles. 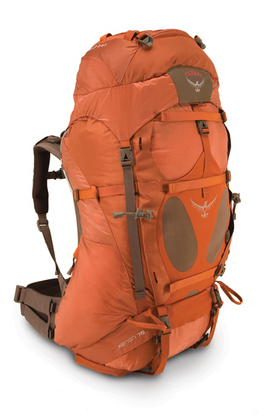