The author in the Virgin Islands

The author in the Virgin Islands

It started with an offer I couldn’t refuse. My friend Tina invited me to St. Thomas for a last hurrah at her parents’ exclusive villa, which they were planning on selling soon.

Our biggest obstacle was Hurricane Dennis, which was set to rampage the Caribbean. I was determined to go, but Tina was concerned, first about the safety of flying through a tropical storm, then about the dismal weather forecasts. Reluctantly, she overcame her fears—and off we went.

Our flights from Portland to San Juan were smooth enough to allay some of Tina’s worries about the portentous weather, and we arrived in Puerto Rico safely, albeit travel worn. We separated find our respective departing gates and I dashed through the dark and deserted airport, biting my lip as I hauled my luggage through the sprawling terminals, praying that I wouldn’t be stranded alone in Puerto Rico for the night.

I was sticky with humidity and perspiration by the time I skidded into my gate, two minutes before my flight boarded. The gate agent asked me how much I weighed, which should have clued me in to the small size of the plane. He then weighed both my carry-on bags, made me check the larger one, and put the other, smaller bag in the wing of the plane for added weight. There were only three other passengers plus the pilot on the tiny Cessna that would carry us on the half-hour flight from San Juan to Charlotte Amalie, St. Thomas.

I sat right behind the pilot and examined all the lights and dials on the dashboard, then took a few deep breaths to calm my nerves and closed my eyes. I had never been in a plane this small. On the bright side, with only nine seats, I had the dubious advantage of simultaneously enjoying a window and an aisle seat.

Clouds filled the sky and the sky grew dark. During moments of turbulence, I tried not to think about movies like Six Days Seven Nights, in which a small plane similar to ours crashed, stranding its passengers on an uncharted island.

After we reached 5,000 feet and steadied, the pilot let go of the controls and began rummaging through a binder of papers, using a flashlight to see. (Apparently, there are no overhead lights on a plane this small.) I gripped my knees (no armrests, either), and then noticed a dim glow in the distance. It was nearly pitch black, except for occasional banks of golden light—the cities on the islands, reflected in the clouds. Beautiful. The pilot jovially pointed out St. Croix, St. Thomas, and a couple other islands.

We landed safely, much to my relief, and as I crawled out of the plane, the weight of the eighty percent humidity hit me in the face and clung to my already-sweaty dress. I gulped a few breaths, trying to get some air into my lungs, but the heavy atmosphere made me feel as if I were trying to suck a too-thick milkshake through a straw.

I met Tina at the baggage claim area. Her parents live part of the year on the east end of the island, so we had their huge villa all to ourselves for the week. I didn’t realize how beautiful the house and the view were until the next morning when Tina came into my room to wake me up. “Good morning, Sunshine! I know its only four a.m., according to your body’s clock, but this may be the only sun we get all week, so let’s go take advantage of it!”

I dragged myself out of bed, threw on my swimsuit and SPF 45, and headed out to the pool. Outside, the water sparkled a brilliant turquoise, and I gazed appreciatively at the islands of nearby St. John, and the more distant Tortola and Jost Van Dyke. I had heard the water lapping at the shore the previous night while the mosquitoes ate me alive, but had no idea how stunning the Caribbean would be in full daylight.

We relaxed all morning, dozing off and on until Tina looked up and noticed some ominous gray clouds hanging over St. John. “Time to head inside!” she announced. I had no idea that the storm could move so quickly. We gathered our towels and began latching windows and barring doors. I stood with my face pressed to the sliding doors of the living room, watching the gray veil of rain and lightening head toward us, hiding St. John and everything behind it from our eyes.

The storm was thrilling and a little bit awe-inspiring, but I certainly wouldn’t want to be present for a hurricane in full force. I felt like a little kid, my nose pressed against the glass, watching the storm as if it were a giant taffy pull and I was hungry for sweets. Tina, having seen all this before, was amused by my fascination.

The rain lashed the windows and glass for twenty minutes, and then stopped as abruptly as it had arrived. The veil lifted, bringing the mugginess back, and we could once again see St. John. Feeling a little crispy despite my reapplication of sunscreen, I opted to take a nap while Tina sunbathed some more.

When we made our vacation plans, we had talked about all the things we wanted to do—and once there, we managed to avoid every single activity, except sunbathing, eating, and shopping. My favorite meal was at the Banana Tree Grille at Bluebeard’s castle, high up on a hill overlooking the capital city of Charlotte Amalie (which the locals pronounce Charlotte Ah-mah-lia).

We arrived at the Banana Tree Grille at dusk after a long day of shopping and posed for the obligatory tourist photo ops in front of the castle and with the wooden pirate (Ahoy!) before heading in to the restaurant. Three sides of the restaurant had windows; the fourth opened to the pool and bar. We sat overlooking the pool and the bay below, enjoying our crab-stuffed mushroom caps, Brie en Croute with coffee-cream sauce, and rum-glazed salmon with mashed “bam-bam” yams as the sky gradually grew darker. Had there been cruise ships in port that day, we would have watched them twinkle out to sea.

We dined for two days off that meal, grilling steaks and bam-bamming our own yams with ginger, butter, clove, and brown sugar when the salmon was gone. We had fun snorkeling at Coki Beach, where we saw amazing amounts of Parrotfish and barracudas, and a whole slew of “runners” on the beach fetching icy cold beverages and hot snacks. Everywhere we turned there was someone calling out, “Oh pretty girls!” and attempting to sell us on everything from braids for our hair to jewelry.

When eating out, we made it a point to try some of the local delicacies, such as Johnny cakes (flat, fried dough, dusted with powdered sugar), conch fritters (similar to muscles), and fried plantains. Eventually though, our systems couldn’t handle so many fried foods and we reverted to eating fresh fish and vegetables.

Getting up early every morning to go sightseeing or laze by the pool for as long as there was sun meant that come nine o’clock in the evening, we were tired and ready to read for a bit before drifting off to sleep, the smell of fresh jasmine wafting up from the garden and the sound of the ocean’s waves in our ears.

One night, we managed to keep our energy up enough to check out a local favorite, Duffy’s Love Shack in the town of Redhook. Duffy’s, located in a strip mall parking lot, was quite literally a small, dilapidated shack with a tin roof and a bar running the length of one wall. There was a small dance floor (maybe eighty square feet) and a DJ spinning tunes well into the morning hours. All the tables were outside the Love Shack in the parking lot, and locals congregated there to flirt, smoke marijuana, and yell things at drivers of cars rolling through the parking lot.

We were exhausted and only stayed out until midnight, but seeing Duffy’s and taking our picture in the parking lot with the shack in the background was well worth the embarrassment of having to wear a plastic lei and a sticker that read, “I got lei’d for the first time at Duffy’s Love
Shack!”

We did venture out to sightsee occasionally, though mostly we just lolled around at the house, lying in the sun, snorkeling on the private beach at the villa, and reading in the “mermaid” hammock chair suspended on the verandah overlooking the pool and St. John. The humidity made us sluggish, and we gave in to languishing, punctuated only by the instances when we had to scamper around closing up the house against the next rainstorm.

Find ratings and reviews for Virgin Islands Things to dofrom Yahoo Travel, Frommers, Fodors, etc. all in one place

Wellness: Amy Manson, Professional Athlete and Spokesperson: How to Reach Your Goals in 6 Steps 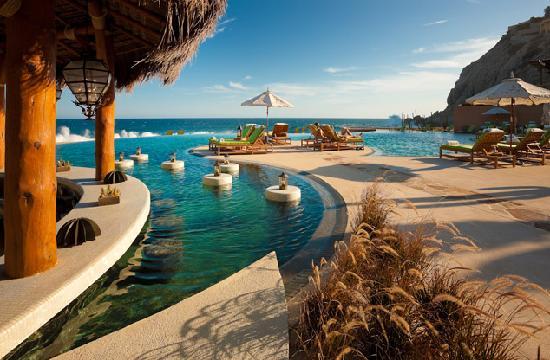