Wellness: Japan: The FWC Story—Journey of a Foreign Wife

In spring of 1997, I arrived in Japan to join my Japanese boyfriend who had just been transferred back to Kochi City following a two-year
stint in New York City where we met.

I was to spend three months in Kochi, a modest, regional city of approximately 300,000 on the Pacific
coast of Shikoku Island, to see if I could adjust to life in Japan. If I could, we planned to marry and build a life there together. I arrived full of excitement, anticipation and a fair amount of trepidation, but with an open mind and open heart, ready to face the challenges of learning a new language and adapting to a different way
of life.

Living in Kochi, far from the sophisticated, international urban centers of Tokyo, Osaka, and Kobe, without access to a large foreign community to embrace and find insulation, I would have the opportunity to have a truly “Japanese” experience. To survive and thrive I would have to learn to speak Japanese, make Japanese friends, eat Japanese food and, in general, do things the Japanese way.

I get off to a good start, quickly throwing myself into my Japanese studies. Unable to find any formal Japanese classes for foreigners in Kochi, I hit the books at home and use my future in-laws and Japanese
acquaintances (read my boyfriend’s friends) for practice. After a few weeks, my boyfriend finds an instructor to come to the house and give me lessons. By the time I have to leave Japan three months later, my Japanese has drastically improved. I can hold very basic conversations, understand about twenty percent of the dialogue on simple Japanese TV dramas, and go shopping on my own.

During that time I also learn to read the two Japanese syllabaries, hiragana and katakana, and I can recognize a handful of frequently used Chinese characters, or kanji, such as the ones for “entrance” and “exit.” Even more than being able to speak Japanese, I love being able to read it, even at my very low proficiency level. I become fascinated with reading street signs, sounding out the letters, trying to deduce the meanings of unfamiliar words, and frequently asking my boyfriend for the pronunciations of unfamiliar kanji. Everytime I go for a walk to the store or a ride in the car, my eyes scan the roadsides for new signs to read, and I read again all the old ones we pass. I am hungry to read everything I can—product labels, newspaper headlines, movie subtitles, flier, poster—and feel a new world opening to me with every
new kanji I recognize.

It is a thrill even as I feel more than a little ridiculous reading street signs as if they were haiku.
Over the next three years I continue my hard work studying Japanese with books, tapes, TV and music, and home lessons with three different teachers. By the time my daughter is born more than three years later,
I can speak Japanese well enough to conduct all my doctor appointments in Japanese and read and write well enough to fill out simple forms on my own. I will even have to spend two and a half weeks in hospital
while pregnant and will have to communicate with doctors and nurses exclusively in Japanese. I felt no small sense of pride as my vocabulary expanded to include words like “preterm labor,” “IV,” “heartburn,” and “constipation.”

My cultural acclimation goes equally well. I watch Japanese TV, finding a new drama to enjoy each season and tuning in each week for several of the more amusing talk shows and comedies. I learn to make sushi. I
bathe in the Japanese-style bath every night, especially during the winter months to warm up before going to sleep in the unheated bedroom. I use without complaint the Japanese-style “squatty potty” in our house.

During my second three-month visit to Kochi, I participate for the first time in the annual Yosakoi street dance festival. Hundreds of teams don costumes and pick up wooden clackers and parade through the streets dancing over the course of two days. The large companies take immense pride in assembling award-winning teams and spend most of the year designing costumes, choreographing complex dance moves, mixing music, and building the truck that will precede the team along the dance route. The team I join is called “Kochi Club”
and has as its goal to promote internationalization and is made of a varied group of foreigners and Japanese.

None of the foreigners on the team have danced in the Yosakoi festival before and have no idea what
kind of dance it is. The local government, who is sponsoring our team, recruits a gym teacher from the public schools to help lead the team and choreograph our dance. I go to every practice but am not naturally
graceful, and I have to practice on my own in our large tatami room to get all the moves down. I struggle under the fast-paced, dialect-laced Japanese spoken by our instructor and often turn to my boyfriend for translations. The next year I am the one doing all or most of the translations for the newly arrived foreigners who have
joined our team.

In short, I was doing great. I was part of a lively, friendly community that included both foreigners and Japanese. I had future in-laws who were kind, helpful, and accepting, and a supportive boyfriend who did his best to help me fit in. I had a job, my own money, and a newspaper subscription. I was also inspired to begin
writing fiction again for the first time in several years.

It wasn’t always easy, though. I had a period of depression during which I had little energy and would sleep nearly all day. I ate, gained weight and felt fat, sluggish, and utterly unattractive. During the summers, the heat and humidity were unbearable and my skin was greasy and constantly breaking out. In winter, the dry air made my skin itch and flake. Except for the living room, our house was unheated and unairconditioned and I suffered through the extremes of weather. I missed my home, the US. I missed having my friends and family close to me, missed the variety of people, the food, American TV and movies. I missed hearing English spoken all around me and being able to communicate in my native language. I missed feeling competent and
independent.

Still, despite the difficulties, I could deal. I could deal because living in Japan was still an adventure to me, an extended holiday. I could deal because, in my mind, my move to Japan was not permanent. I still believed that I was not really going to live in Japan the rest of my life. It was only after my marriage when I became pregnant that the reality of it all started to hit me and discontent began.

During my pregnancy my feelings toward Japan slowly began to change and doubts about my decision to come began to creep in on me. I realized that my child would grow up in a culture vastly different than my own and would consider that culture, so foreign to me, as his or her home culture. Even though we planned to raise our child to be bilingual, I feared that Japanese would be his or her dominant language, and I found the thought that my child might one day be unable or unwilling to speak English to me terrifying. I was overcome by guilt knowing that my own family would only get to spend brief summer visits getting to know my child and that we would grow farther and farther apart as time passed. I grew angry and resentful of my husband and in-laws for being in their home country and with their loved ones all year round.

Too sick and too pregnant to work at first, then too busy caring for my daughter, I stayed at home all day feeling lonely and isolated. To make matters worse, I had no one to confide my feelings too, or, at least,
no one I thought could truly understand where I was coming from. I couldn’t talk to my in-laws without offending them. Nor could I talk to my husband without him being hurt and taking my complaints too
personally. I had friends I could talk to who could offer sympathy but they were living in far different circumstances. Most of my foreign friends had been in Japan on short-term teaching contracts and had returned to their home countries. Most of my Japanese friends were living in their home culture and while they could see its shortcomings, Japan was still their home. I knew some Japanese moms but found it a bit hard to connect with them given language and cultural barriers and differences in child-rearing philosophies. I found myself
longing to connect with mothers from my own culture and, with no other choice, turned to the internet to find them.

I stumbled across a site for breastfeeding moms called “Militant Breastfeeding Cult” and joined, quickly becoming an active member. I enjoyed talking about parenting issues and many other topics with them
but found there was a gulf of experience between us. None of them were married to men from another country or culture, none were raising bicultural kids, and none of them were living in a foreign country
like I was. They didn’t understand many of the problems I faced living abroad and couldn’t offer me advice on how best to cope with the kinds of cultural conflicts that frequently arise for those in international
marriages. What I needed was to connect with other women like myself. So I looked and looked, finding numerous sites directed at expats but those expat groups did not include women married to foreigners. Most
were businesswomen or wives of businessmen living abroad temporarily whose lifestyles and concerns were far different from my own.

There were no sites that I could find that were specifically geared toward foreign wives. So I decided that I would simply have to start my own. I went to ezboard, a site offering free message board services, and
Foreign Wives Club (FWC) was born.

In those early days, nearly four years ago, FWC had a very small but devoted membership. Of eighteen registered members, only five or six of us were active participants. Still I was elated. I felt I had found a
second family. We stayed at the free board for a little less than four months, but I was not completely satisfied. I wanted FWC to have its own domain name and build an entire site to accompany the message board. So, in February of 2002, I bought the domain name, found a web host and recruited my mother to design the new Foreign Wives Club (http://foreignwivesclub.com). Once parked at its own domain (and with
a little word-of-mouth advertising) FWC began to attract new members from all over the world. 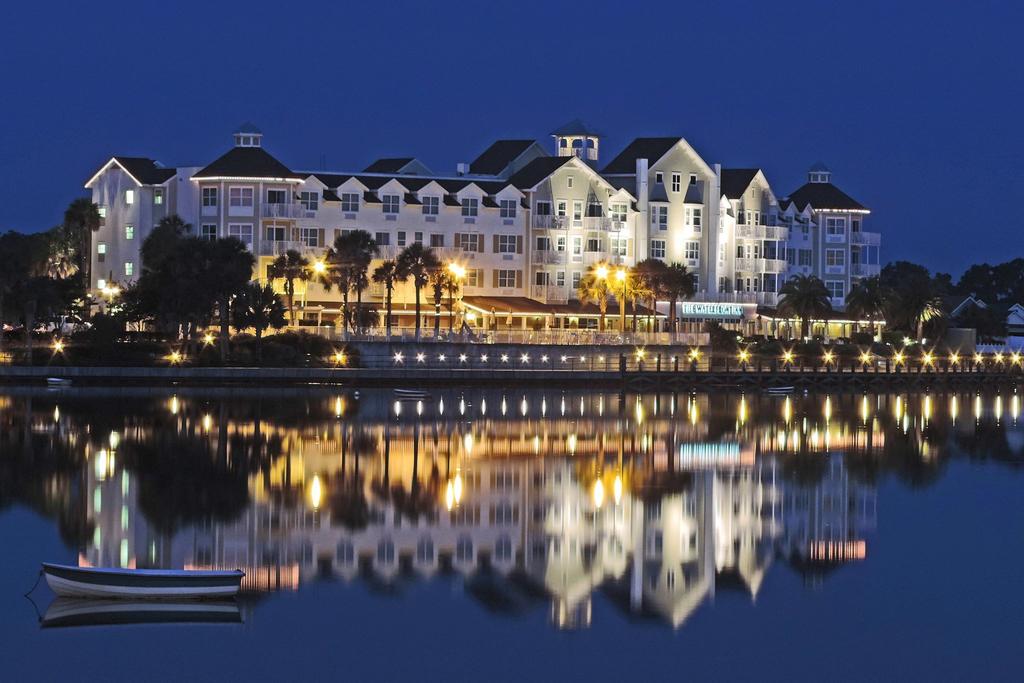