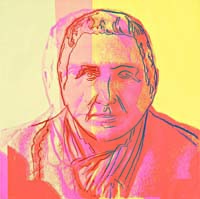 Eeep, I’m writing this blog when I should be helping my mom make kugel and matzo ball soup before sunset! To all my Jewish Divas–have an easy fast tomorrow on Yom Kippur!

Guest curator Richard Meyer, art historian and professor at USC, was on hand to lead press through the promisingly ‘pop’ – ular exhibit. Get it? The chosen people include The Marx Brothers, Einstein, Gertrude Stein, Franz Kafka, Freud, Gershwin and more (four, obviously). These portraits have never been exhibited together on the West Coast, and a lot of the source material has never been seen by the public.

Kind of a shyster and a schmuck (and also Catholic), Warhol agreed to tackle the ten at the suggestion of his agent, Ronald Feldman. Did the controversial portraits derive from Feldman’s Jewish heritage? From Warhol’s own empathy being born of Eastern European immigrant parents? Or because he figured they’d sell real good? Probably all of the above were factors.

Bob Dylan, Woody Allen and Babs Streisand didn’t make the final cut, and neither did Steinbeck after Warhol realized he wasn’t Jewish. This exciting, vibrant, controversial, celebratory, and fully comprehensive exhibit graces the CJM till January 25, 2009. 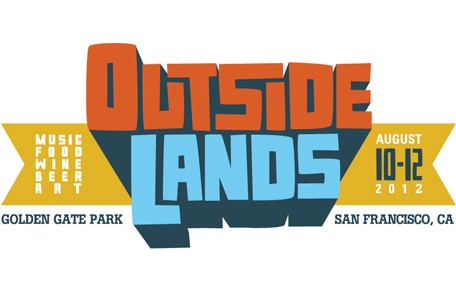