Style: Beijing, China: How I Lost My Desire to Shop

I went to Beijing with frivolous dreams of shopping in bustling markets teeming with unique gifts for myself and everyone I know, looking for bargains in all the right places. I envisioned finding that perfect dress or piece of jewelry, the one that elicits exclamations of “I love your bracelet! Where’d you get it?” at which point I reply, “in China” (or some other exotic locale). A trained ear can detect a hint of smugness in my voice, but tempered with a sincere smile, no admirer would notice. She wishes she could go out and buy one at the mall, and you know that there’s a good chance you have the only one, at least on this side of the world.

That was what I’d hoped for when I went to Beijing: the perfect unusual something that wouldn’t cost me a month’s rent. What I did not expect was that I would lose all desire to shop; that with everything laid out before me, I would not want any of it.

There is definitely no shortage of places to shop in Beijing. On the contrary, there are dozens of markets and shopping malls. But Western-style shopping malls boast Western-style prices, and I was looking for a cheap gem, so I frequented the markets. Beijing’s markets are either indoors or out, and when I was there they were nearly always crowded. Most items for sale are counterfeit, and merchants have decided that the best way to reel in a buyer is to (a) yell as she passes by “hey lady, you want one more purse?” (b) grab her arm and pull her into the stall, or (c) both. With other places I’ve traveled, I’ve never really experienced that, and rather than follow my co-workers and get excited about a “Dolce and Gabbana” purse for $30 US or a set of “Ping” golf clubs for $200 US, I decided I didn’t want anything. I’ve never been a label hound, and if I were ever to shop by labels I’d rather wait until I can afford the real thing. The sheer amount of goods packed into these places is amazing, and all I could think as I walked the aisles was, here’s lots of cheap plastic stuff that will one day end up in a landfill. Two markets in particular are very popular with tourists; therefore I tried hard to avoid them…

Silk Street (a.k.a. The Silk Market, or Xiushui Market) , No. 8 Xiushui East Road, Chaoyang District, across from Yonganli Subway Station. This is the most overcrowded with tourists streaming out of huge buses and ready to spend way too much on fake designer goods. It’s interesting to see many travelers treat foreign currency like Monopoly money; they seem to forget that they’re ultimately spending their own cash. The merchants at Silk Street are the most physical with shoppers. As I walked through the aisles, vendors would grab hold of my arm and I’d often have to wrench myself free in order to get away. This market had the greatest hand in stripping me of the will to shop (!).

Yashow Market, 58 Gongtibeilu, Chaoyang District; Telephone: 010-64151726. This one is slightly less abrasive than the Silk Market, but has the exact same merchandise. Here I realized things would be a lot more pleasant if I wore my iPod while browsing—that way I couldn’t hear all of the noise and people yelling. The fact that the Olympics were in town didn’t help prices. I saw dresses that were literally the same ones I could buy at Forever 21 (they actually had the same tags), and the merchant was stuck on a price so inflated that I’d pay less for the dress if I bought it in the U.S.

At this point, you’d think I’d be bitter about my time in Beijing. While I did not find anything terribly interesting during my shopping excursions, I had a fantastic time in Beijing. And the shopping wasn’t always so disappointing…

Panjiayuan Market (a.k.a. Antique Market) , in the southeast corner of the Third Ring Road, is east of Longtan Park. This market has a lot more character. The goods are most likely fake, and merchants still yell out at passersby and occasionally reach out to pull one in. But at least everything is more interesting then the “Fendy” purses or “Prado” wallets in the Silk or Yashow Markets. The “jade” jewelry might be glass, but I had a much better time browsing here.

Nanluoguxiang Hutong District is a street that is just east of the Drum Tower, and runs north-south. This was my favorite place to go in Beijing. During the day, it is abuzz with foreign writers, photographers and backpackers. At night it becomes a lively street with some tasty, moderately priced restaurants and bars. I recommend coming here once during the day, as most of the shops close at night, and at least once after dark to experience Nanluogu nightlife. At either time, this street is perfect for a leisurely stroll, although watch out for cars and bikes as Beijing pedestrians don’t have the right of way. Most shop owners here get that Westerners are much more likely to buy when left alone.

Even though I didn’t return home with many souvenirs, I learned a lot about myself in Beijing, such as when shopping, I am greatly influenced by the surrounding environment. This has led me to ask myself: how important is the shopping environment—the look of the store, the music being played, the demeanor of the salesperson, the smells that hit me as I enter? The next question I asked as I realized that many of the items I saw in Beijing looked like those I would find at a moderately priced store in the U.S. was: when I do buy that cute outfit, is it because I genuinely want it or am I buying it because the boutique’s merchandising rep is a genius? Does the colors in a display, the jasmine oil wafting softly up from the aromatherapy burner, the kind yet non-interfering salesperson, the fact that my favorite song is playing help with that intricate dance of desire to buy, merging with finding something worthy of my every want? Put simply, do I buy it just because the store makes me feel good?

I have realized after my time in China that typically the answer to the last question is yes. My mother was right when she called me an advertiser’s dream. I feel like buying something when a store is set up to elicit the correct set of feelings from me. I also realized that the inexpensive things I buy here (hello, Forever 21) were probably made overseas, in conditions I would not want to experience. If I buy a dress for $14.99, how cheap is the fabric, the construction, the labor? What are the repercussions of that single purchase? All of this and more is why I now ask myself before a purchase: would I want this as much if I were buying it in Beijing?

About the author
Lindsey Johnson lives in San Diego, where she does yoga, rock climbs, and bikes her way around town. She has 7 years of experience in event management that has allowed her to travel the world for varied projects, from the Athens 2004 Olympic Torch Relay to yoga and meditation seminars featuring Deepak Chopra. Most recently, she spent part of the summer in Beijing working for the 2008 Olympic Games. Lindsey has a degree in anthropology and writes because she loves to, though she wouldn’t mind someday earning a living this way. Lindsey is working on becoming more organized and disciplined and loves to sing in the shower.

Style: An Afternoon Visit to James and Dolley Madison’s Home–Montpelier 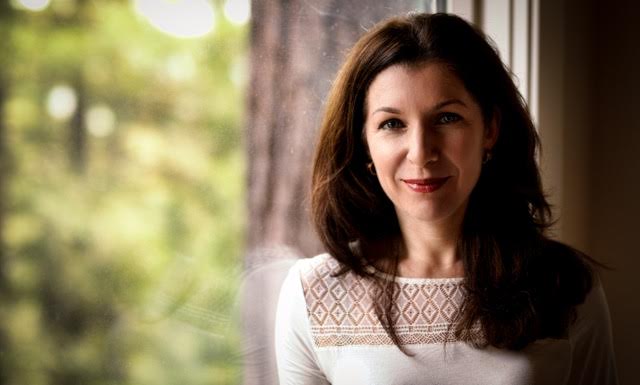 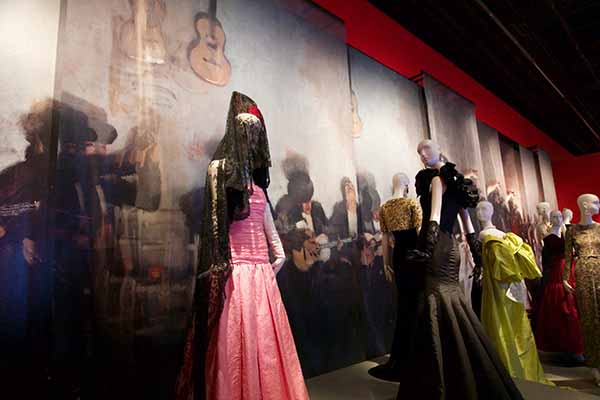