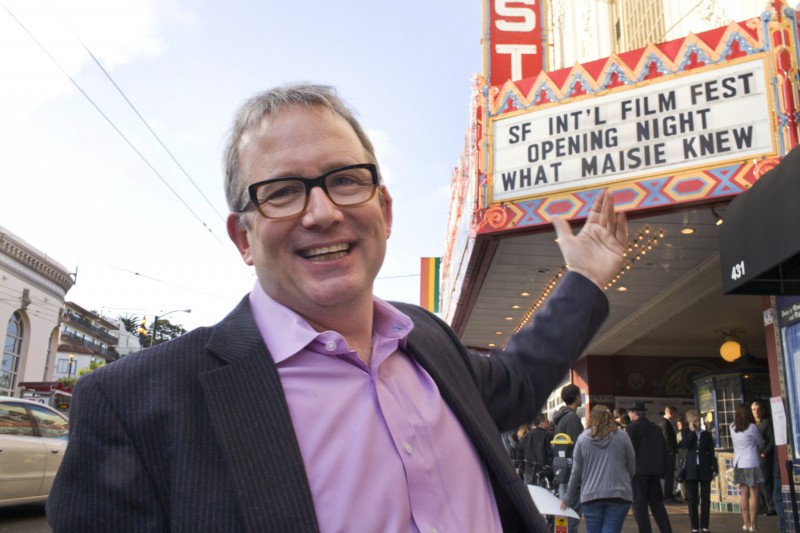 As if you needed a reason to come to San Francisco.

OPPORTUNITIES:
It would be enough if SFIFF limited itself to premiere screenings of top notch independent films. This year one’s cutting edge can be sharpened via A2E , the new Artist to Entrepreneur program. Let’s face it, anyone with a smart phone and a cute kitten can upload a film to YouTube. A2E guides serious filmmakers through this new world, teaching them how to be entrepreneurs. Way to go SFFS.

WINNER SHOWCASE:
SFIFF won at Sundance two years in a row with “Beasts of the Wild” and “Fruitvale”. Twelve films have won the audience award at “SWSW”.
An in-house shiny statue goes to Phil Kaufman, accepting the Local Hero Award. Perhaps best known for directing “Invasion of the Body Snatchers” in 1978, he continues to keep the Bay Area film scene alive with the yet to be released “Invaders of the Lost Ark5”. Yep, that’s correct, they don’t just honor obscure filmmakers here at SFIFF. Not that there’s anything wrong with that.

THE NEXT ANNA PAQUIN?:


There was a lot of well-deserved buzz about the opening night film at the beautiful Castro Theatre.
“What Maisie Knew”, pronounced a favorite book that could not be filmed by his mother, David Siegel did her and Henry James proud. We watch a bitter custody battle from the child’s point of view. Expect to see a lot more of the lead actress Onata Aprile who charmed the audience on opening night and unfortunately could not attend the post-party since it was past her bedtime.

NOT TO BE OVERLOOKED:
The Festival presents 113 films from 43 countries in this 15 day cultural extravaganza. If you are still sorting out your viewing game plan, don’t forget to pick out some obscure wild cards.

“Tall as the Baobab Tree” by Jeremy Teicher was one such gem. I never expected such a realistic look at African life by a North American director. At times I had to remind myself this wasn’t a documentary. We follow a teenage girl in a rural African village as she plots a rescue of her younger sister from an arranged marriage. Just why would the father put his daughter in this predicament? How does the girl manage to maneuver around the myriad cultural restrictions? What the heck does a tree have to do with all this? You will leave this screening not only knowing these answers, but feeling like you were an invited guest by the African tribe. “Tall as the Baobab Tree” is a five star travelog with a complex emotional plot.

MASTER CLASS:
You can’t get this by staying home watching NetFlix. The San Francisco Film Society has arranged sessions with Festival filmmakers who will explain their creative processes to you live in person. The line-up includes an animator for Pixar, a rock music documentarian, and a classic film director. Think “The French Connection” and “Exorcist”.
An animation workshop is held at the Walt Disney Family Museum in the Presidio at 104 Montgomery Street. Parents can entertain themselves at the annex, located west of Montgomery behind the Museum in a beautifully restored auditorium with a million dollar view of the Golden Gate Bridge. Plenty of free parking on the weekends, but do not even think of ignoring the meter during week days. Remember, you are on a former military base.
Informal salons are scheduled at the San Francisco Film Society Film House, temporarily located at 1426 Fillmore Street, #300. Take the elevator to the third floor and follow the signs. Keep your frustration level down by taking the Fillmore 22 MUNI bus line. If you want to play urban ninja and take your chances with the Safeway parking guards, by all means park in the large lot behind the Film House. Tango Diva and this writer do not in any way endorse this method.

My Kingdom for a Glass

Our California Happy Cows are Making Room for Our Happy Sturgeon!