The Hertz Corporation, the world’s largest general-use car rental company, today announces the continued expansion of its company-wide environmental initiatives.  The company is making a $1 million donation to the National Park Foundation, and the donation of $250,000 to benefit The Mayor’s Fund for the Advancement of New York City, in recognition of the Mayor’s environmental efforts.

Additionally, the Company is expanding its signature Green Collection, a collection of environmentally friendly, fuel efficient, family-sized vehicles, with a planned $68 million investment in 3,400 reservable Toyota Prius hybrid vehicles, 100 of which will be designated for the company’s Manhattan fleet.   The Green Collection and the introduction of hybrid vehicles complement the 105,000 EPA SmartWayTM certified cars currently in the Company’s car rental fleet. More than 64 percent (268,000 cars) of the Company’s rental fleet achieves 28 mpg or greater fuel efficiency and 42.4 percent of the fleet (176,500 cars) achieves 34 mpg or greater fuel efficiency. Further, Hertz continues to incorporate sustainable initiatives into its fleet and operational business practices, as part of a corporate-wide commitment to environmental sustainability.

These announcements were made at a special event today at the American Museum of Natural History, hosted by Mark P. Frissora, Chairman and CEO of The Hertz Corporation.  In addition, the Honorable Mayor Michael R. Bloomberg and Vin Cipolla, Chairman and CEO, the National Park Foundation, attended and accepted donations on behalf of the City and Foundation, respectively.

"Today’s announcement marks another phase in Hertz’s company-wide initiative to promote environmental sustainability in all aspects of our business and to help preserve our National Parks, one of our most important natural resources and vacation destinations," said Mark P. Frissora, Chairman and CEO, The Hertz Corporation.  "Aligning Hertz with the National Park Foundation is a natural fit as the Foundation demonstrates a deep commitment to protecting and preserving our nation’s greatest natural treasures and supports projects that help protect the future health of the environment.  Likewise, Mayor Bloomberg has demonstrated a passion for improving New York City’s environment, and we are pleased to support his initiatives with a donation to the Mayor’s Fund by allocating a significant percentage of our hybrid investment to Hertz’s Manhattan rental fleet," added Frissora.

"One of the fundamental concepts of PlaNYC is identifying partners in the not-for-profit and business sectors that are willing to work with us on cutting our greenhouse gas emissions.  With today’s announcement that they’re adding 100 hybrids to their Manhattan rental fleet and their donation to the Mayor’s Fund to support green initiatives, Hertz has truly become one of our great business partners," said Mayor Bloomberg.  "I applaud Hertz’s vision and I want to express my gratitude for their generosity."

"National Parks are the world’s greatest collection of natural, historic and cultural resources – from Yosemite to the Grand Canyon to the Statue of Liberty and Ellis Island, they are American icons that stand tall as testaments to our country’s rich heritage and bounty," said Vin Cipolla, Chairman and CEO, the National Park Foundation. "We are thrilled to welcome Hertz into our family of partners and thank them for their generosity in helping ensure that Americans will continue to explore, experience and enjoy these magnificent places."

Hybrid Vehicles and the Hertz Green Collection
The Hertz Green Collection allows customers to reserve, and the Company guarantees, specific makes and models of higher mileage, environmentally friendly mid- and full-size cars, a key distinction that is not offered by any other national car rental company.  The hybrid vehicles will begin to arrive in Hertz’s fleet this month and will be available for rent at 50 major U.S. airport locations, as well as in Manhattan, at a starting rate of $50 per weekend day.  One hundred of the new hybrid vehicles will be allocated specifically to the Company’s New York City fleet, including Manhattan Hourly Rentals, a program Hertz launched in April, 2007.  Known for their high fuel-efficiency and low greenhouse gas emissions, the environmental impact of hybrid versus ordinary vehicles is most dramatic in stop-and-go city driving such as in New York City where the hybrid often operates only on its electric motor.  Hertz already rents hybrid vehicles throughout Europe:  in Belgium, France, Germany, Italy, the Netherlands, Spain and the United Kingdom.

The Green Collection was launched in September of 2006 and includes over 35,000 other environmentally friendly vehicles — Ford Fusion, Buick LaCrosse, Toyota Camry, Subaru Outback and Hyundai Sonata – with an average Environmental Protection Agency (EPA) highway fuel efficiency rating of 31 miles or more per gallon. The majority of the Green Collection fleet also carries the EPA’s SmartWayTM certification, which indicates lower emissions of air pollutants and greenhouse gases, while the Toyota Prius has been awarded the EPA’s highest honor, SmartWay EliteTM status.  In the United States, there are approximately 35,000 vehicles in the Hertz Green Collection, available at 50 major airport locations, each reservable by make and model. Green Collection vehicles are also available at seven major airport locations in Canada.

99% of Hertz’s fleet is equipped with vapor recovery controls that reduce the emissions given off during the fueling process.
All car washes installed at Hertz facilities recycle and reuse at least 80 percent of their wastewater. Hertz also banned the use of chlorinated solvents at its maintenance facilities due to their toxicity to humans and the environment.
Hertz only contracts with auto part supply vendors that recycle its used oil. In 2006, more than 1.2 million gallons of used oil were collected and recycled from the Company’s facilities nationwide. The used oil is re-refined and processed into clean, clear, reusable premium base oil. Re-refining reduces greenhouse gases and heavy metal emissions, while reducing dependency on foreign oil.
The parts and brake cleaner fluids at Hertz facilities are also recycled and, in 2006, almost 18,000 gallons of fluid were collected from the Company’s facilities.
Hertz uses Bradley Systems’ RTX#9 general vehicle cleaner at all its car rental operations.  Dubbed "America’s first ‘Zero-Toxic’ Cleaner," it has no ozone-depleting, greenhouse gas, or global warming chemicals, and is biodegradable in water.
Hertz disposes of electronic equipment at all of its U.S. facilities through either resale or recycling with a zero landfill policy and a zero export policy. Since its inception in 2002, 5.7 million pounds of electronic equipment and 22,200 pounds of lead; 5 pounds of arsenic; 32 pounds of cadmium and 7 pounds of mercury have been kept out of landfills.
Energy Star-compliant office equipment including copiers, fax machines and computers are specified for all Hertz facilities nationwide resulting in energy savings across the country.
Paper recycling programs are in place at the Company’s Park Ridge headquarters and Oklahoma City facilities. Since its implementation, the recycling program in Oklahoma has contributed to saving approximately 20,000 trees and 4,700,000 kilowatts of energy.  The program also saves countless gallons of water and decreases air pollution as well as landfill space.
To access images of  Hertz Green Collection vehicles, please go to http://idisk.mmgworldwide.com/epankenier/ and enter username: epankenier and password: 6764.

About The Mayor’s Fund
The Mayor’s Fund to Advance New York City is a nonprofit 501(c)(3) organization established to promote partnerships between the City and the private sector in an effort to strengthen public programs. 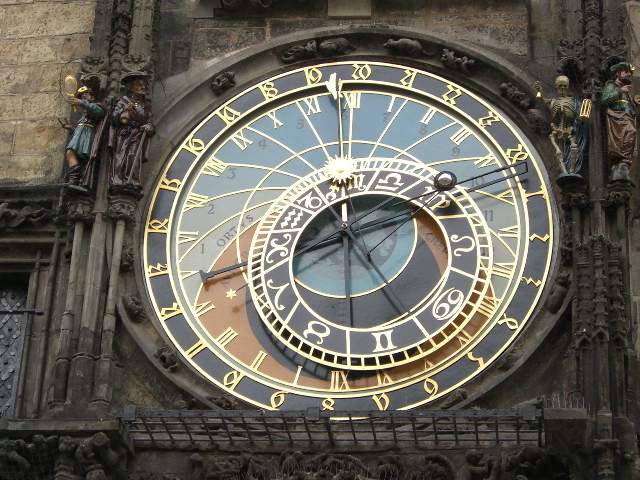 My Time is Almost Up

Come with Me to Chile!