It’s hard to pinpoint exactly how many things have dropped off the deep end of our cultural landscape. And I shudder to bring up what I’m about to bring up in the midst of so many more monolithic, troubling items which blink with de-sensitizing regularity across our American radar screen.

In just a few short years, we’ve been lied to by a president who used the largest surplus in our nation’s history to fund a revenge-war; our economy has been plunged into a subsequent debt it will take our children decades to crawl out of, if they ever can; our school funding has been decimated, state-by-state, while we persist in our denial of the social impact of uneducated children; and as gas prices skyrocket and our oil interests falter, we perish slowly by our own hands, continuing to build and buy gas-guzzling vehicles which pollute our environment. Not to mention the incredible disaster and subsequent debacle in New Orleans.

In the midst of such obvious empire-falling evidence, how then (I ask myself), can I bring up a matter of such seemingly trivial etiquette, and label it a “cultural downfall”? But it is what it is. And each time I have the sad experience again it permeates my consciousness to a new level of disgust and disappointment, and I become pregnant with it, needing to spit it out.

Here it is: Women—in droves—are peeing on the seat. I’m not kidding. Everywhere, in each strata of society, in lowlands and in highlands, in groves and in castles, in cities and in farmlands—women are urinating on toilet seats and leaving them, wet and soiled, for the next poor unsuspecting soul.

As indelicate a matter as this may be for public scrutiny, someone, somewhere, had to speak up. Surely (I tell myself), this is a matter for the etiquette-shapers, the trend-watchers, and—God, yes—even the moralists. But no one is stepping up, and no one is speaking out. I must.

For all our childish, “ick-mommy” prejudices regarding things bodily function related or even peripherally sexual, this particular downfall crosses every public cultural line. Certainly there’s the health angle—germs and bacteria and all of that—and though noted, I’m not particularly phobic about those kinds of things myself, so it’s really the social faux pas of this behavior that’s getting to me. In the unwanted-public-contact-with-other-peoples’-bodily-fluids department, peeing on the seat certainly qualifies as a gross-me-out item.

But it goes deeper than that: at its core, peeing on the seat is an act of extreme selfishness—a purposeful, blind denial of the fact that we live in a communal society, and that our public actions affect others, sometimes even intimately. So what of our social responsibility to just clean up our own mess? Has the value of that ethic totally eluded all classes of women across the vast landscape of this great land?

Who, you ask, is peeing on the seat? Every woman you know. Here’s where it’s happening:

At Disney Hall, at Il Sole on Sunset Boulevard, at the San Francisco Ballet, at the L.A. Public Library’s W.S. Merwin evening, at Pinot in Hollywood, at Agape in Culver City, at The Embarcadero movie theatres in S.F., at Peet’s in Burlingame, at Fred Segal’s in Beverly Hills, at the YMCA, at Crunch and at Equinox, at the Griddle Café on Sunset, on United’s Shuttle from Burbank to Oakland, at a fruit stand off highway 99 in Bakersfield, at the Biltmore in downtown L.A., at an I-5 Buttonwillow rest stop, at the Ojai Inn and Spa, at the Bar Marmont, at the 99-cent store, at Tower Records, at Doctor Lebovics’ Office, at the Saturday women’s group at the Universalist Presbyterian Church in Palo Alto, at Kol Tikvah in Woodland Hills, at a Bel-Air wedding, at the Standard station in West Hollywood, at Bacar and Bix in San Francisco, at Toi on the L.A. Rock Walk, at the Stanford Shopping Center, at the beachside Malibu campgrounds, at the I Madonnari Festival in Santa Barbara, at the bead store in the L.A. Fairfax District, at the One Life Health Food Store in Santa Monica, and even at my cousin’s baby shower.

I’m dying to say “Nice Girls don’t pee on the seat.” But “Nice Girls” are exactly the women we’re talking about. Women who have been taught that sitting would expose them to some kind of wildly viral germ strain that would cause them permanent reproductive harm. And so they pee, hovering freely above the waterhole, blithely spraying the seat, and purposely blindfolding themselves to the obvious truth that someone will come after them and have to deal with the results of their squatting.

But let’s be honest: some places lend themselves to pee-and-flee behavior. Rest stops, funky roadside gas stations, port-a-potties at outdoor music festivals—that kind of thing. No one wants to sit on the seat of a port-a-potty that’s been used by 250 previous Long Beach Blues Festival compatriots at four pm on a hundred-degree afternoon. But that doesn’t make reckless hovering okay. The inconsiderateness of a pee-and-flee is a selfish act of saving yourself while you hurt and wound the next potentially seated customer. Let’s get something straight: If you use the dish, you wash the dish. If you spill the milk, you wipe the floor. If you pee on the seat, you clean it up. This includes “nice girls.”

And just for the record, it’s not a question of what kind of place you’re urinating in, ladies. Ethics are not location specific. They’re true across the board, and we must practice them that way. That’s what makes them ethics.

Someplace in their misguided hearts, I suspect that these seat-peeing women justify their act with the thought that those flimsy little paper things—“seat shields”—solve the problem. But they don’t, and everyone knows it. A seat cover plunked down over a fully-watered surface just makes the awakening of what one is sitting on even worse.

Though this is not the kind of journalist topic I sought to discuss at all when I set out to write in my life, I’m willing to speak up and step out for the sake of the greater good. So here’s my request: just knock it off. It’s disgusting and it’s wrong and it’s rude. And if you must, for God’s sake, do like in kindergarten, and clean up your own mess. It’ll be a kinder, gentler, nation. I promise.

The opinions expressed here are those of the author and do not necessarily reflect the views of Tango Diva.

Opinion: Japan: Tokyo’s Chikatensu Is Not Just Another Subway 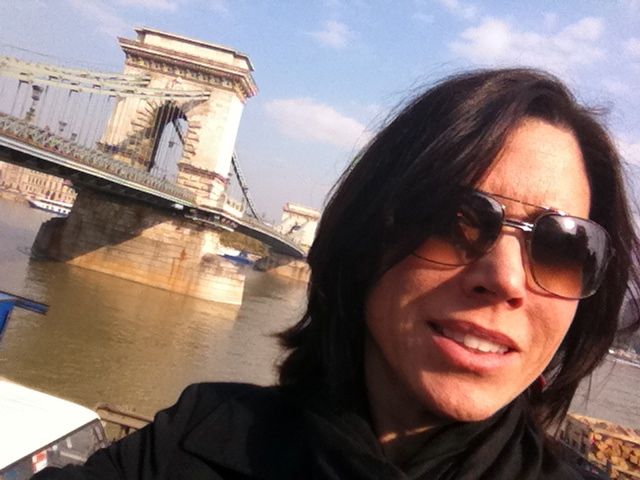