If you’re lucky enough to be visiting San Francisco from now through May 25th, you must take a detour to the Legion of Honor to view Leibovitz’s incredible retrospective. Always one of my fave museums, the Legion provides the perfect venue for viewing over 200 professional photographs as well as some very personal pictures Leibovitz took of her friends and family.

I was fortunate enough to be invited on a private press tour of the show, guided by Annie herself.

(And I’m calling her Annie because after graciously allowing the press more than 90 minutes of her time, and sharing some very intimate and touching stories, I feel like we’re almost Buds…LOVED Her!)

She arrived dressed in NYC black pants and a turtleneck, wearing sneakers, cool glasses,  no make-up, with her hair all tousled, looking like an artsy version of Barbra Streisand. She was down-to earth, humble, funny, open and fascinating.

She had fond memories of studying at the San Francisco Art Institute, where she learned to shoot "by watching life unfold" and not by meticulously setting up in a studio. ( Annie said that she definitely was not one of the better photographers in her class.) The show runs the gamut from some of these earlier photos, as well as some of her better known classics, such as the infamous pregnant Demi Moore Vanity Fair Cover, hung next to an equally interesting, earlier photo of Demi ( very preggers with her first child, Rumor) with Bruce Willis’s hands protectively entwined around hers over her stomach. Other iconic shots include Mick Jagger, Johnny Depp, Brad Pitt, Uma Thurman, and Nicole Kidman.

The last room of the show features what Annie refers to as her "hobby" pictures–huge, haunting landscapes from Jordan and the American West. But for me, the most memorable pictures were the smaller personal photos where Annie documents her private life with candid shots of her family coming together in birth, death, quiet moments and celebration.

Don’t miss the picture that Annie said is not only her favorite but probably the best shot of her career,"My Mother at Clifton Point." She said that every picture she had ever taken of her mother, showed her with a big smile, and she always felt it was a facade. In this unsmiling shot, her mother appears older, lined and a little forlorn. Annie said she was sobbing behind the camera during the whole shoot…but the picture is truly mesmerizing. 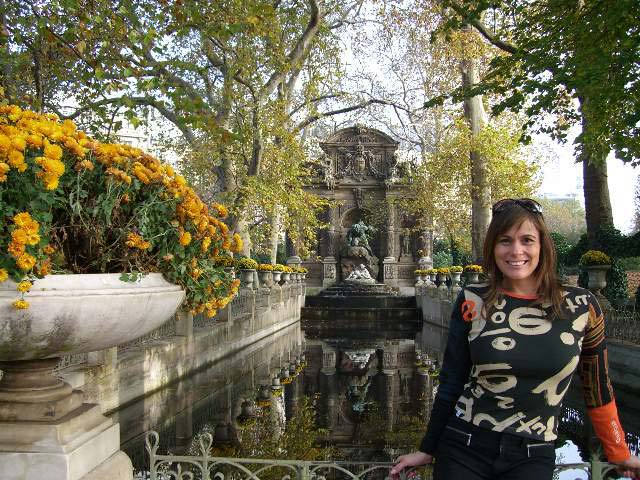