Sunset off the coast

The streets of Basseterre

The small island of St. Kitts in the West Indies may be one of the friendliest, least ostentatious spots in the Caribbean. It’s a small island – 23 miles long by 5 across and only 68 square miles – and its sister Nevis is even smaller at 36 square miles. With fewer than 35,000 residents, neither the island nor its capital city, Basseterre, have been armed with a generic, pristine tourist façade that you see in so many Caribbean vacation spots. There are still however, a plethora of restaurant and shopping options, from low to extremely high end; and all of the modern amenities and conveniences are in place.

What truly charmed me about St. Kitts was what wasn’t there – rows and rows of characterless stores a la Starbucks and Tommy Bahama. The island is a place created and lived in by the locals, with a strong personality and lived-in feel to its historic clapboard buildings. Outside Basseterre, along the coastline, you won’t find resort after sprawling resort – instead, accommodations are predominately small plantation-house B&Bs and boutique inns.

If you do want the menu of amenities that a full-service resort offers, there is one: the tucked-away Marriott Resort & Royal Beach Casino in Frigate Bay, wedged between a pristine beach and championship golf course. The Marriott has an abundance of facilities popular with both guests and non-guests, from its incredible Emerald Mist Spa and Royal St. Kitts Golf Club to the Royal Beach Casino, with 35,000 square feet of gaming tables, slot machines and professional tournament tables.

Even the Marriott feels more like a group of villas and beach houses, with both traditional hotel and time-share ownership. The laid-back friendliness that encompasses the entire island is as evident here as it is at Reggae Beach, a casual spot for lounging and water sports where a goat, monkey and huge “beach pig” named Wilbur are in full-time residence. St. Kitts feels small, local and spread out, even for its relatively small size; and I was pleasantly surprised to find that I never felt overrun by the tourist crowd. I think a very different sort of visitor comes to St. Kitts than to Barbados or Aruba, and that sat just fine with me.

I was also surprised to learn that, in addition to the water sports that are a huge draw for any tropical beach destination, St. Kitts had a lot more excitement and adventure to offer in the arenas of archaeology and ecology. Take Romney Manor and Wingfield Estate. Romney Manor is a historic estate once owned by Thomas Jefferson’s great-great-grandfather. It has endured slavery, celebrated emancipation and survived hurricanes and fires. When its current owner, Maurice Widdowson, first stumbled upon the property in 1975 it was abandoned and rundown. The sprawling gardens were overgrown, but rising majestically out of them was a massive, 350-year-old saman tree with a trunk more than 20 feet wide and branches that covered half an acre.

It was a tree that had seen it all, and Widdowson fell immediately in love with it and Romney Manor. “When I walked around the corner and saw that saman, I felt like I had trespassed on the tree’s property,” Widdowson said. “And I still feel that way.”

Today Romney Manor is a gorgeously landscaped estate that must shadow its former grandeur – and home to Caribelle Batik, a unique workshop and boutique that Widdowson opened 30 years ago to bring the fine art of batik to St. Kitts. Using 100% cotton and the ancient, labor-intensive Indonesian art of hand-dying fabric using wax, Caribelle Batik produces a large selection of clothing, artwork and household items – and no two are ever the same.

Admission to Romney Manor and its grounds is free, and both locals and visitors alike can be found strolling the gardens or sharing a bottle of wine. Many couples exchange wedding vows under the huge saman tree; in fact Widdowson himself got married there. “I just want to share Romney with as many people as I can,” he said about the open entrance policy. “I don’t feel any sense of ownership. I feel a sense of stewardship. It’s a magical, magical place.”

But Romney Manor is only part of Widdowson’s passion for history and its discovery. The Brit also purchased adjacent Wingfield Estate, a property of ruins that hold centuries-old secrets of the island. Low walls of masonry and volcanic stone, enormous brick fire pits and large copper cauldrons were once used to boil sugar – the biggest industry of St. Kitts. Wingfield was the first land grant in the entire English-speaking West Indies, bestowed by the King of England to Sam Jefferson in 1624.

When Widdowson bought the property, it was just a piece of land with a chimney sticking out of it as the only visible piece of human construction. The ensuing excavation and constant discoveries on the property have delighted him like a kid on Christmas morning. “Around every corner we have found a new story,” he said. “I’ve been here 30 years and am always on a voyage of discovery – even in my own garden.” In October 2010 Widdowson began offering interpretive guided tours of the site, to share its historic discoveries with others.

His eyes literally sparkled when he shared the most recent find – a rum distillery. Apparently the sugar cane process was well suited to alcohol, and the new product became more profitable over time. “It’s the oldest rum distillery in the Caribbean,” Widdowson revealed – and he invites visitors to join in the archaeology dig, a rare opportunity for history and adventure lovers.

Another must-see historic draw is also St. Kitts’ number one attraction: Brimstone Hill Fortress. Constructed between the 1690s and 1790s, the military citadel is now a UNESCO World Heritage site. The early defense structure remains a witness to the slave labor that built it, and a significant time capsule of colonialism’s complicated past. It also affords some of the most amazing views possible from the island, from Nevis to St. Barts.

History of a different kind – natural as opposed to man-made – can be found at Mount Liamuiga, a dormant volcano that is the island’s most famous resident. A hike up its steep, grassy slopes provides a great workout and a 3,000-foot above sea level viewpoint. Be sure to watch for the wild vervet monkeys, lively and mischievous creatures who roam wild on the island and are often spotted on the golf course as well.

When you’re ready to relax from all this historic exploration, dig your toes into the sand at Mr. X’s Shiggidy Shack, a beach bar and grill with fresh seafood and a good “lime” – what locals call hanging out. Or even better, hit a catamaran party with Leeward Islands Charters; the fun crew will provide beer and a killer rum punch, along with way-above-par appetizers for a party boat. Once the sun begins to set the music and dancing get underway, and you’re sure to learn a few new moves while admiring the mountains rising out of the clear Caribbean Sea all around you. These guys know the meaning of the verb lime – and so does the Tangerine Man, a local tour guide and colorful character.

When I asked the Tangerine Man, aka Christian Rameshwar, how long he had been running tours on St. Kitts and Nevis, he stroked his orange and pink beard and asked, “You mean legally?” You’ll spot him all over the island, with his rainbow-colored beard and Tangerine Fun Truck from which appear dangerously potent rum cocktails. “I do a party anytime – my truck is a party,” he proclaimed. “We’re not fooling around, mon!”

PLAN your visit by checking out the St. Kitts Tourism Authority

RIDE the rails on the Sugar Train tour, the scenic double-decker railway that once transported sugar cane

CHECK OUT upcoming events such as the Star Mile charity swim across the 2.5 mile Nevis/St. Kitts channel (March 27), or the world-renowned St. Kitts Music Festival in June.

Shelley Seale is a freelance writer based out of Austin Texas, but she vagabonds in any part of the world whenever possible. Her non-fiction book , follows her journeys into the orphanages, streets and slums of India where millions of children live without families. Shelley’s areas of writing specialty include travel, cultural issues, the arts, women & children, non-profit and social activism, entrepreneurship, business, architecture and interior design.

Be sure to check out Shelly Seale’s web site 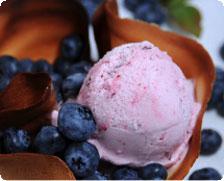