Culture: Fiji: The Other Side of Paradise

Coral on the beach

Gazing at the ocean

“Oh friends, last night I drank so much grog, it was really very bad…. But don’t worry, I drank enough beer to get over it!”

(Maniacal, drunken laughter interrupted by the Holden hatchback stalling at a speed hump.)

Tiger, our Indo-Fijian cab driver, begins to hiccup as he speeds us to the airport down the bumpy, livestock-laden, two-lane Queens Highway in the musty dim light of a Fijian pre-dawn morning. My face becomes distorted with terror and dread at the thought of our drunken taxi driver. This was going to be a long two-hour drive…

Fiji is a land of contradictions. On the surface it is a postcard-perfect island of extreme natural beauty, with crystal-clear water and hundreds of miles of unspoiled coral reefs. But for anyone who dares to brave the bad pollution and omnipresent speed humps to explore the Fiji that exists outside of the resorts and tourist areas, it becomes apparent that there are really two Fijis: Tourist Fiji, with golf-courses, constant hot water, beautiful beaches, and fifteen-dollar cocktails, and Real Fiji, a country of high unemployment and alcoholism, where getting out of poverty is about as certain as a snowstorm in summer.

It is easy to go to Fiji and never leave the Disneyland-perfect resort areas; take a few pictures, snorkel in the reefs, swim in the pools overlooking the ocean, and contemplate leaving the rat-race job you left at home to work at a hotel on this island paradise, where you’d surely get a live-in discount at the hotel massage parlor. But for those adventurous spirits who must know what it’s like through the rabbit-hole, beware! Once you see the other side of Paradise, there is no going back. You will leave the island with an unadulterated view of all that Fiji is: untamed beauty wrapped in the despair of a fierce and conflicted people.

Fiji’s colorful and unique history sounds like it comes right out of a nineteenth-century British adventure novel, and in a way it does. Captain Bligh is known to have sailed through the Fijian Islands shortly after a mutiny on his ship, the Bounty. According to the colorful tourist pamphlets, the natives were reputed to be such vicious cannibals that western imperialists steered around the islands for far longer than any other island nation could have hoped for.

Eventually, in 1854, Fijian leader Ratu Seru Cakobau converted to Christianity and British colonization soon followed. Material remnants of this period in Fiji’s history pop up everywhere, from the morbidly fascinating “cannibal forks” adorning tourist shop shelves to the image of Queen Elizabeth II on Fiji’s multi-colored money. However, the most important remnants of this period are the societal repercussions of years of British colonial control: racial tensions exacerbated by the introduction of a new group of people, the Indo-Fijians, who now account for about half of Fiji’s population.

Indo-Fijians are people of Indian origin who were brought to Fiji between 1879 and 1916 as indentured laborers to work on the sugar plantations. After the system was abolished, the Indo-Fijians stayed in Fiji, now their homeland, and many continue to work the land today. Indo-Fijians have given Fiji a rich and interesting sub-culture, a strange mix of rural India and the South Pacific, and in many ways have shown strength through unity. Cultural and religious differences within the Indo-Fijian communities are widely accepted, even among traditionally clashing groups like Muslims, Sikhs, and Hindus. Yet the tension between the land-holding Native Fijians and the land-working Indo-Fijians is a cause of personal strife and civil unrest to this day.

The turmoil caused by the perceived inequity of wealth and governmental representation between Indo-Fijians and Native Fijians has caused two bloodless government coups over the last twenty years, most recently in May of 2000. The struggle is far from over—while I was visiting the country in July, 2005, Australia and New Zealand issued travel warnings to their citizens that another coup attempt may be brewing.

Tourism, Fiji’s main industry, has suffered greatly due to the instability of the government, thereby adversely affecting Fiji’s fragile economy. Like many things in Fiji, tourism is a mixed blessing. The vast majority of Fiji’s money comes from foreign tourism; their struggling sugar industry survives mostly by the importation of Fijian sugar by the European Union at unnaturally high prices. Tourism provides much-needed income and jobs to many islanders and creates a small sense of hope in an otherwise stagnant job market. Yet much of Fiji’s tourism depends on its natural beauty, thereby eliminating the possibility of industrialization that would create more jobs and make Fiji more self-sufficient.

As an outsider, I’m horrified at the vision of smoke-belching factories in my vacation island paradise. Yet I understand the frustration facing many Fijians at the lack of opportunities beyond selling tropical fruit on the side of the road or waiting tables for vacationing westerners. Perhaps there’s more to the concept of yin and yang than I had thought: Fiji’s isolated beauty is both its blessing and its curse.

The brilliant warm blue water engulfing me. Schools of teal and zebra striped fish dancing around me from coral to coral. The smell of lightly salted water hitting my nose as I kayak through the brilliantly clear Pacific around an uninhabited island. The smell of fantastically spicy, authentic curry emanating from restaurants with Hindi signs. Black polluted smoke belching from every car, truck, and over-crowded bus. Children and adults stagnantly lounging in shacks beside the road with unidentified tropical fruit lined up in baskets for sale. A drunken woman stumbling in front of a moving car at six o’clock on a Sunday morning, barely escaping death. All are images and memories indelibly stamped on my mind.

And Tiger’s cab fare—which I’d thought would help his wife and children, whom he’d talked about throughout week I got to know this endearing cab driver—would probably end up on the bar counter, providing Tiger with more grog and beer for his next drive. Bula vinaka, Fiji. I wish you well, and hope that someday your people can experience a life worthy of the natural beauty that surrounds them. 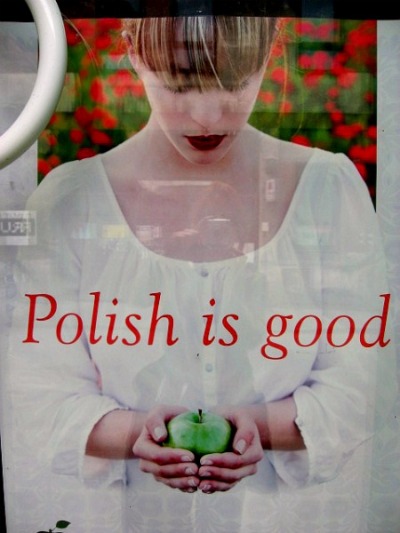