by Meegan (a.k.a. Baklava Babe) and Jennifer Hathorne

These two Divas really worked it—they managed to go to the Olympics and get paid to do it! Paid to hobnob, paid to schmooze with VIPs…here are two Diva-tastic accounts of the Athens 2004 Summer Olympics, each one highlighting a very unusual football phenomenon.

Meegan believes that life is a journey, one that you should live as though heaven is on earth. Travel has always been a powerful influence on her life, and, like many Australians, her adventurous nature has led her to become a passionate traveler.

Meegan has successfully weaved travel into her Sydney-based job as an incentive and event account manager, for which she travels throughout Australia and the world. She is currently in Athens, experiencing the Olympics firsthand, and sends us this wonderful account of her time there:

Working it in Athens, Part One: Kalimera

I am staying in the “stunning shack” of the Grande Bretagne Hotel, the address of choice in Athens. The hotel is a kaleidoscope of VIPs, as many heads of state and “who’s who’s” of the world stay here. As you can imagine, there are security guards at every turn. I am a little intrigued by the Greek Police, who seem to be wearing Prada and strut around the city as though it were a catwalk! I even bumped into Mary Donaldson and her beau, Danish Crown Prince Frederik, in the back corridors of our hotel the other day.

I must say, when I arrived in Athens a week prior to the games, many of the venues were only partially completed, and I drove down major roads that were still unpaved. But in true Greek style, things seem to happen at the last minute and somehow everything came together. Except that there is no landscaping—just a lot of dirt!

The hotel is great, and we are allowed to move unimpeded throughout it. My agency, like most in Athens, has VIPs from various sectors of the business and social community arriving from around the world. I am working with such a great team of people that, although the days are long, there is always someone to play with or go out with at night.Many of the locals (and their extended families) seem to have left town, and those who remain frequently (and dramatically) dismiss tourists with a flick of the wrist.

I was lucky to see the pre-Opening Ceremony of the Games, which I thought lacked highlights. It was okay, but nowhere near as fabulous as Sydney’s. I tried to get tickets on the night of the Opening Ceremony, but it was like a ghost town outside the stadium, with no tickets changing hands—I wondered if anybody was actually at the event. We ended up back at my hotel to watch the ceremony on-screen, then spent the rest of the evening on the rooftop enjoying Greek wine, which I must say is surprisingly good.

It really is quite something to be here in Athens for the return of the Olympics to its birthplace. One of the most fascinating football [soccer] matches (which I unfortunately did not attend) was between Iraq and Costa Rica, with Iraq hotly supported by many international football followers—as well as thousands of Iraqi spectators in kaffiyehs standing on their chairs and chanting. The atmosphere was surreal, with fans continually running onto the field draped in the Iraqi flag, only to be dragged off or wrestled to the ground by security. I must see them play next time, as this was definitely the match to attend.

• Shopping for shoes on Ermou Street—Shoe-shopping heaven for girls!

• Eating delicate Greek pastries, which grow to the size of muffins on your hips

• Dining out at one of the fabulous outdoor restaurants in the trendy Kolonaki neighborhood, where I drank a glass of wine and watched shadows dance across the Acropolis

• Discovering the café that serves the best espresso in Athens

• Watching Ian Thorpe beat the US’s Michael Phelps in the 200-meter freestyle in an event heralded as Athens’ Hottest Rivalry.

• Having one of Australia’s greatest coaches and motivators, Laurie Lawrence, take a photo with my friends as we entered the buzzing stadium.

• Watching Romania defend its 2000 Olympic title in Artistic Gymnastics. (The US took the Silver [113.584] and Russia took the Bronze [113.235]. Only two years ago, Romania built its team in the wake of several controversies.)

Just for all you Sydney girls—Athenian women say Greek men are very self-absorbed…so don’t plan on swimming across the Aegean looking for your Greek stud! I look forward to further exploring life in Athens over the next few weeks and will send you an update!

Working It In Athens, Part Two

I am here in Athens working for a Greek company’s international VIP program. In the evenings, we have the opportunity to eat out at many downtown restaurants, go to Olympic events (if we can get tickets!), and meet up with new, international friends. By any account, it’s an amazing opportunity filled with memorable experiences.

Last night, I went to Karaiskakis Stadium for to see a football [soccer] match. A few of us have figured out that we don’t need to have a ticket beforehand; you can pick one up fairly easily on-site. The match scheduled for the evening was Iraq versus Costa Rica, and what could be more interesting as an American than to participate in anything Iraqi, and possibly even cheer the team on?

There had been some talk among the Americans about watching anything Iraqi. I arrived at the stadium, bought the cheap tickets, and, as we have figured out that they don’t check seats, chose our own. Upon entering the stadium, I could not believe the overwhelming energy of the Iraqi fans. We decided we wanted to be in the middle of the Iraqis, and maneuvered over to their fan base,right in the center of the crowd. The all-male spectators chanted, yelled, and stood on the chairs, stomping.

Thick, dark smoke from their unfiltered cigarettes, dark black hair. I joined in with the rhythmic clapping, trying to blend in. I marveled at the fact that there were no women in the crowd, and yet there I was, an American woman. My dark-haired male companion, also an American, fit right in. Fellow spectators even hugged him! Me, a redhead, they ignored.

Whenever the Iraqis scored, about fifteen to twenty people would storm the field. Security would chase them and throw them to the ground. The crowd mad with excitement, the felled fan would cover himself with the Iraqi flag, cover his face, and refuse to stand until he was dragged from the field. All the while the crowd screamed, exuding an intense power and energy.

As an American woman in the middle of thousands of Iraqi soccer fans, I felt conspicuous. I kept my mouth shut, not wanting to speak English and give myself away. And yet I was oddly thrilled to be there. We read so much about the frightening situation in Iraq, yet these men were smiling, dancing, and enjoying themselves. A few of them were really cute!

I managed to sneak some pictures with my camera so I can remember their faces. 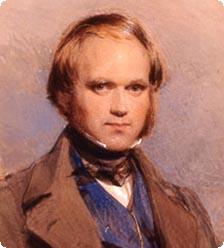