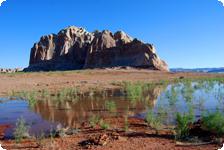 Before the Cut was open

Jetski fun on the Lake

Before the Cut was open

Men yelling, cussing, arms thrashing, chains slithering, sinking quickly with the weight of nearly 100 impaled fish. Alarming adult panic. The first time I witnessed grown men cry. A cousin had lost his grip on the day’s haul. I flashed on this vivid memory of a family vacation while house boating recently on Lake Powell, Arizona.

My memories of house boating in the late 60’s in Northern California are like softly faded Polaroids. Back then, family members old and young were crammed on a 30-foot “houseboat” rented for the day. Green plastic grass, spongy to the sole, and a tin roof seemingly designed to collect heat all day. All on board sweaty and sun-burnt. Dried out tufts of blond hair flying in every direction as we chugged across the lake. Crushed beer cans glinted in the sun as the bees swarmed the Kool-Aid cooler.

Now in late summer 2007, our press group is tucked in Padre Canyon, one of 90 dramatic canyons of Lake Powell. The girls have collected in the Jacuzzi, sipping chilled champagne while the chefs prepare dinner below in the gourmet kitchen. Music from the sound system is bouncing lightly off the cliff walls. To cool off from the heat of the Jacuzzi we take turns plunging down the waterslide from the second-level deck as the sun slips behind the cliffs and the first stars begin to appear. It’s heaven and it’s effortless. This ain’t your Aunt Annie’s houseboat.

On a rare invite our group spent three days checking out Lake Powell highlights with Steve Ward, famous for his knowledge of the lake and the people who have formed a livelihood on it. Our base home, a custom-built 75-foot luxury houseboat, the Odyssey, is anchored on the sandy beach, complete with two deluxe wet bars, a wide screen TV, a home theater system with surround sound and a satellite tracking-system. The kitchen has granite countertops and state-of-the art appliances including a dishwasher, microwave, and air conditioning. Five staterooms, one with a queen-sized bed and a TV. Two bathrooms. This lux experience shatters my reality about houseboats. We are all grown up now!

My favorite excursions off the houseboat were exploring by powerboat. First stop: Rainbow Bridge, a National Monument and geological wonder, the bridge has been formed by wind and water over centuries. It’s a short hike in to see the 290-foot-high arch. Bring the camera and a poncho.

Next we went to one of Steve’s favorite canyons where we motored in the narrows till touching cold rock walls on the left and right. The engine silenced, slipping gracefully in until we could go no further. So quiet, so peaceful. The Navajo have it right when they compare places on earth, like this one, to places within our bodies. There are crevasses within us where it is still and steep and exquisite.

Later that evening, we gathered around a campfire on the beach, sipping hot chocolate and swapping stories. The stars hung low, blanketing the sky. Rhythmic waves lapped the shore. The best of camping combined with crisp, clean sheets.

It’s time to introduce luxury house boating to family and friends. Head to the heart of the Southwest, where the Colorado River and the Canyon of Kings entwine. You could be starting a tradition.

2/27/08 NEWS : Mother Nature is smiling on the Southwest this year. According to U.S. Bureau of Reclamation predictions, water levels from heavy winter snowfall and expected spring snowmelt will result in a 50-foot rise. This means that a popular shortcut – Castle Rock Cut will open once again for the first time in 5 years. This shaves 12 miles off travel time between the upper and lower ends of the lake, making it easier to access canyons and beaches, including the Rainbow Bridge National Monument (the largest natural bridge in the world), Padre Bay, and Warm Creek Bay.

06/19/08 NEWS: Castle Rock Cut, a well-known 12-mile shortcut on Lake Powell, has opened for the first time in more than five years thanks to a heavy winter snowpack. The lake levels at Lake Powell have been rising approximately one foot per day since mid-May and are expected to reach a peak of roughly 3,638 feet by July. The Cut became navigable to houseboats on June 10, and is expected to remain open indefinitely.

The Cut provides a much quicker passage from Wahweap Marina to popular uplake destinations such as Rainbow Bridge National Monument, Padre Bay and Warm Creek Bay. In addition, the opening of Castle Rock Cut allows houseboaters and powerboaters to reach uplake destinations in less time using less gas, allowing them to spend even more of their vacation relaxing and enjoying the beauty of Lake Powell.

07/23/08 NEWS:Travelers who rent a houseboat between August 15th and December 31st can get their final fueling for free*! PLUS, GET A 20 PERCENT DISCOUNT FROM PEAK SEASON on Voyager, Adventurer, Discovery or Expedition houseboat rentals.

A must while in Page. On our last day, I had only a vague idea of what to expect on our pre-scheduled tour. Nothing I had heard prepared me for the actual experience. I learned quickly the reason for all the camera equipment. We entered a fold in the canyon wall. A slim place with filtered light and sculpted petrified sand. Nature’s beauty meandering 500 feet into the center of the earth.

The local Navajo Indian tribes who have acquired the rights lead the tours. They are informed not only about the land but also about every camera manufactured, advising hundreds of tourists about camera settings for the best possible shots. This is a photographer’s ecstasy.

Reserve this affordable one-and-a half-hour tour. Start here before heading to Lake Powell, or on your way out of town. Two tours daily: sightseer and photographer. Open year round.

Find ratings and reviews for Page Lake Powell hotels from Yahoo Travel, Frommers, Fodors, etc. all in one place 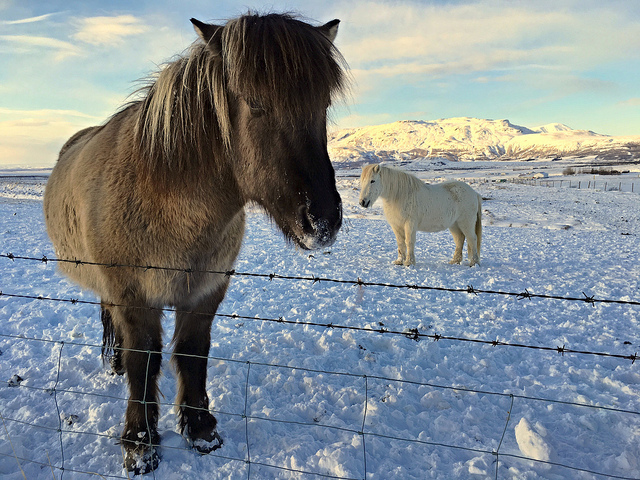