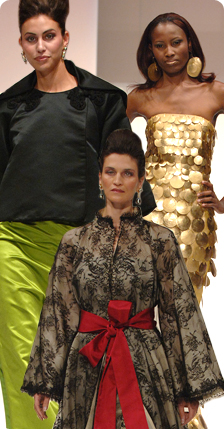 From the highly celebrated Sake-tini dress to the dazzling Georgia O’Keefe gown, Quen has established a cult following since the very beginning. Her confections are a perfect alchemy of old-world couture with a modern, edgy flair. Conjuring flashes of yesteryear’s Dior and Balenciaga, each whimsical piece is grounded with precious stitch work that will last forever. For this very reason, her enviable clientele flourishes exponentially with each performing arts season.

With an overflowing abundance of media coverage in recent years, Quen’s star has quickly soared to magnificent heights. International fashion and film celebrities such as Tyra Banks, Paris Hilton and Bai Ling have been gracefully adorned with Quen’s masterpieces. Featured in InStyle, Town & Country, WWD and Modern Bride, her sophisticated approach has also led to numerous commissions by the famed Alonzo King’s Lines Ballet Company.

Before her career as a couturière, Quen graduated with an AA in Fashion Design from the Fashion Institute of Design and Merchandising (FIDM) in 1986. She then focused on a ten-year design career for Wilkes Sport by Wilkes Bashford, Eileen West, Gap, Jane Tise/Karen Alexander and Joan Walters. Following her true love, she later studied at the Simmone Sethna School of French Couture. Graduating with a certificate in French Haute Couture in 1996, Quen finally began her own couture design business in 2000.

A native of San Francisco, Quen is currently preparing her future international collections at her atelier. She resides with her husband Rick Lee, a prominent furniture designer. Both Quen and Lee are also collaborating on their new LeeQuen Design Gallery. A nurturing sanctuary of fashion, furniture and art, it will help sustain and expand the local Bay Area, national and international art communities.

To learn more about Colleen Quen and her masterpieces, visit her at ColleenQuenCouture.com.

Everything you need for SF Bay Area shopping from Yahoo Travel, Frommers, Fodors, etc. all in one place

Style: Cuddle in Style: A Jet-Setting Diva’s Must Have! 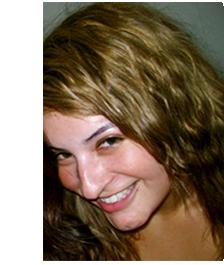