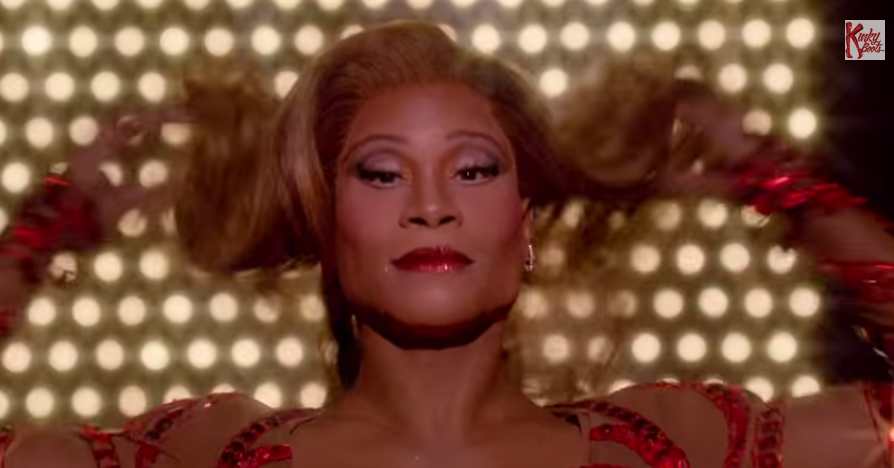 LIVE MUSICAL IN SAN FRANCISCO:
The DRAGSRAVAGANZZA Opening Night of KINKY BOOTS at the Orpheum Theater in San Francisco is December 3, 2014 at 8p.

MORE THAN A PRETTY BEARDED FACE:
What makes it a Dragsravaganzza you ask? It’s The Sisters of Perpetual Indulgence, one of those “Only-In-San Francisco” non-profits run by gay men in religious-themed drag.
As a woman I am always amazed at their make-up skills and ability to walk in super high heels. More importantly they know how to get attention protesting community issues and gender intolerance.

BROADWAY HIT:
Kinky Boots is the winner of six Tony Awards® including Best Musical. Grammy® winner Cyndi Lauper has made history with Kinky Boots as the first solo woman ever to receive the Tony Award for Best Score. You go girl!

INSPIRED BY A TRUE STORY:
KINKY BOOTS tells the story of Charlie Price, a man who has reluctantly inherited his father’s nearly bankrupt shoe factory. Trying to live up to his father’s legacy and save his family business, Charlie finds inspiration in the form of Lola, a fabulous entertainer in need of some sturdy stilettos. As they work to turn the factory around, this unlikely pair finds that they have more in common than they ever dreamed possible… and Lola turns out to be the one person who can help Charlie become the man he’s meant to be. Together they discover that when you change your mind about someone, you can change your whole world.

SUCH A DEAL:
Tango Diva got wind of a great perk. Use promo code SISTERS to get a locked-in discounted rate of $85. A portion of the proceeds goes to the Sisters of Perpetual Indulgence. No reason you can’t write off 501c3 contributions and be entertained at the same time.

Still on the fence? Check out the photos from the November Project Nun-Way show on flickr.

Even more information and ticket sales at the Orpheum.

Takin’ it to the streets:: S.F. Street Food Festival