A tourist street in Kathmandu

Once upon a spring evening a dozen years ago, I sat with three young Europeans in a café in a small town in Yemen. I had a traveler’s tummy and was temporarily fasting. Not wanting to skulk alone in a grotty room, I joined the trio of diners and chatted with them as they ate. On their first trip outside Western Europe, they had whirled merrily around Yemen for a month, eating and drinking whatever, wherever, and hadn’t been sick once. Not even once!

They ordered a full-scale meal. As I averted my gaze from the raw salad, one of the young men glanced at me. There are moments—and this was one of them—when thoughts do not need to be communicated aloud. Loud and clear, without a word, he assessed me as a spoiled, stupid woman who should have stayed home if she couldn’t stomach the local cuisine.

“Is this your first time in a foreign country?” he asked in a patronizing tone.

I could have replied that I have always lived in a foreign country. Of British and New Zealand descent, I had never lived anywhere but Japan.

“Young man,” I could have said, “before you were even born, I was hitchhiking alone across the Sahara Desert to Timbuktu. I’ve traveled the overland route from Kathmandu to London. I spent a year on the road, alone, overland from San Francisco to Rio de Janeiro before flying to South Africa and hitchhiking north to Kenya.”

But I am not combative.

That was all I said. I didn’t snarl, “This is your first time out of the safety zone of Europe. Want to know how many countries I’ve been in?”

Whatever the count was then—and it was impressive, if I say so myself—my total today (this very minute) is 267. You might pounce on that number, protesting that there aren’t 267 countries in the world, and you are quite right. Not sovereign countries, there aren’t. There are but 191 recognized by the United Nations, which incidentally had only fifty-one founding members in 1945.

However, I’m working on the list issued by the Travelers’ Century Club (TCC) of Los Angeles. This organization counts all non-sovereign states, principalities, territories, dependencies, protectorates, emirates, sultanates, and colonies—any place separated from a parent country geographically, ethnologically, or politically. Call them countries for the sake of cohesion, and at the moment there are 315 countries in the world. Of my 267 countries, 172 belong to the UN, while a further 95—mostly islands—are non-sovereign. I am in no immediate danger of reaching the finish line.

I first heard about the TCC in the late ’80s in Laos, when I happened upon three of its well-traveled members. The oldest of the trio was Laura, who was ninety-four. When she was widowed at the age of seventy-nine, she had hardly set foot out of California. Thinking she’d like to see Europe once before she died, she joined a tour, and enjoyed herself profoundly. She then took off like a rocket. In the fifteen years since she had turned seventy-nine, she had polished off 205 countries. At eighty-seven, she cruised the Antarctic Peninsula. At ninety-thee, she joined an overland safari in Africa, where for three months she bumped and jolted her way from Kenya on the east coast to Mali in the west.

When we met, Laura and her two (much younger!) friends were on a three-month island-hop, without hotel reservations, through Asia and the South Pacific to Australia.

We exchanged Christmas cards until she was 101 years old, when her cards stopped and I learned she passed away. She remains a role model, one I shall never forget.

I would also like to tell you about Birgitta, whom I met in the transit lounge in Aden, Yemen. Together we flew to Djibouti. Birgitta and her husband were administrators with Sweden’s Save the Children organization. Their children had grown up in Africa and the Middle East.

Birgitta’s husband came from a small village in the far north of Sweden, the only one of his family to pursue a degree and blast out of the village into the world. His brother didn’t finish high school, married a girl from the same village, and built a home near his parents. Enveloped in security, he brought up his own children on homegrown fruit and vegetables and healthy, local produce.

Imagine, then, the family’s horror and reproach when Birgitta and her husband upped and moved their family to Morocco. “How can you take my grandchildren to Africa?” her mother-in-law wailed. “The disease! The dirt! The danger!”

The children adapted and thrived, however, and loved living in foreign countries. Their cousins were equally happy in their Swedish cocoon.

After the nuclear accident at Chernobyl, a radioactive cloud slowly drifted toward northern Sweden. As if with malicious forethought, the cloud dropped particles directly on that little village. Birgitta said it was years before anyone in the there dared eat locally grown fruit and vegetables, years before people felt confident again. Today her Swedish nieces and nephews have a greater risk of developing serious illness later in life than do her children who grew up overseas.

The moral of this story is that it is almost impossible to play it safe in life. If you want to travel, don’t focus on the disasters that might overtake you. They could just as easily be lurking around any corner at home. 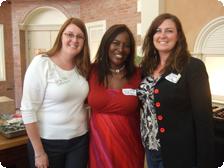