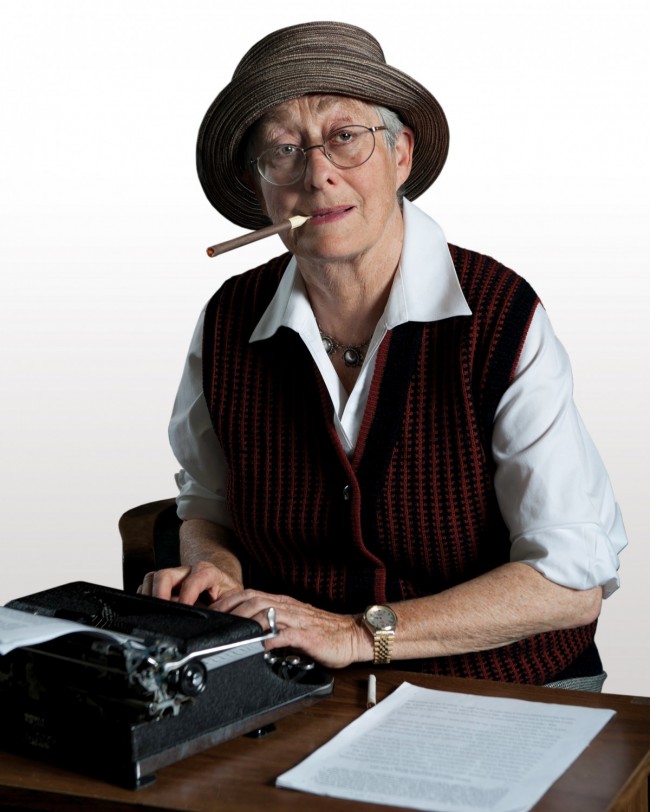 In the spirit of gay closets opening everywhere, Eureka Theatre presents Terry Baum in Hick: A Love Story – The Romance of Lorena Hickok and Eleanor Roosevelt.

I’ve heard the rumors that President Franklin Roosevelt’s wife was gay. The producers want as many people as possible to learn about this love story so they have made all performances free.

“Terry Baum’s performance, while proudly lesbian, is also centrally human: about love, passion, silence and back to love again. This is what we need from art: To be made more alive again.”
-Dr. Pamela Nichols, Witwatersrand University – Johannesburg, South Africa, 2013

Lorena “Hick” Hickok was a journalist assigned to follow Eleanor Roosevelt during the 1932 presidential campaign. Hick was a celebrity in her own rite, the first woman reporter to have a byline on the front page of the NY Times. Her relationship with the dour First Lady lasted several years until Eleanor’s death in 1962. Lorena gave Eleanor confidence and nurtured her media-savvy, making her one of the most important women of the 20th century.

Mrs Roosevelt wrote over two thousand letters to Hick which Lorena Hickok donated to the FDR Library. In 1978 a researcher discovered the revealing letters. The play about this passionate lesbian relationship includes verbatim readings and interviews of people who knew Ms Hickok.
I’ll just share this one tidbit. Ms Hickok was moved into the White House across the hall from the Roosevelts. Imagine having that secret kept more than five minutes and one tweet in 2014.
Times have changed and slowly the rest of US history is being revealed… with PRIDE.