A mere ₤10 bus fare and 90 minute ride from central London lies the ancient university city of Oxford. Often neglected by guidebooks and passed over by travelers, Oxford offers a slice of English culture and history dating back to the 8th century. It is, of course, most famous for being the home of the oldest university in the English-speaking world. Scholars have been studying, researching and writing at Oxford University since the 1100s. However, you don’t have to be an academic to enjoy Oxford’s history, colleges and nightlife.

The poet Matthew Arnold deemed Oxford ‘the city of dreaming spires’ in reference to the architecture of the college buildings that make up Oxford University. Standing at the foot of Carfax Tower at the very center of the city, you are surrounded by walls which have stood for 800 years, and jutting up from the hidden buildings beyond the walls are the spires that top the college cathedrals and make up the city’s skyline. History and knowledge resonate from every stone that forms the university. So much knowledge has been passed down within these walls. So many of the greatest books in the English language have been written in these rooms.

As an English major and life-long literature buff, I ran into landmarks around every corner relating to the authors and books that make up the ‘previously checked out’ list on my library account. Magdalen College boasts poet, playwright, novelist and poster-boy of the aesthetic movement, Oscar Wilde, as an alumnus. Lord of the Rings author, J.R.R. Tolkien, lived in Oxford and taught English at both Pembroke and Merton Colleges. Tolkien, along with a group of literature scholars including C.S. Lewis, who wrote The Chronicles of Narnia, would meet to discuss their writing at The Eagle and Child, which is still a working pub on St. Giles Road near the center of Oxford. Having a pint at their old table gave me a warm fuzzy feeling I can only describe as living history giddiness.

If your thirst for literary history wasn’t quenched at The Eagle and Child, you can stumble down the street to Christ Church College. There you can see Lewis Carroll’s old rooms and pictures of young Alice Liddel, the daughter of the college’s headmaster on whom he based Alice in Wonderland. While in the Great Hall at Christ Church, check out the stained glass windows which are decorated with tiny likenesses of Carroll’s characters like the White Rabbit and the Queen of Hearts. I heard a rumor that inside the Great Hall it is forbidden to talk about the portraits that hang on the walls featuring important personages from the college’s past. As the story goes, if you do chat about the portraits, you are punished by being made to chug a pint of beer. Unfortunately, I never figured out to whom I should mention the portraits in order to get a free pint.

If it’s pints you seek, though, Oxford has no shortage of pubs. My personal favorite pub is the Turf Tavern. Tucked into a winding alley between Holywell Street and New College Lane, the Turf is the very tavern where Bill Clinton supposedly “did not inhale.” Low ceilings, dim lights and an ever-changing selection of hand pulled ales give the Turf a feeling of classic Oxford charm. Plus, it’s so hard to find that the tourist population never reaches the double digits. Not to mention the outdoor beer garden is a great place to meet charming Oxford students.

Another hidden Oxford treasure is the Pitt Rivers Museum. The Pitt Rivers occupies the back room of the Oxford University Museum of Natural History, and good news for travelers on a budget: the Pitt Rivers is totally free of charge. Passing through the brightly lit and wide open atrium of the Museum of Natural History, you will come to a tiny door in the back corner. Through that door you arrive in a room that is shockingly dark for a museum and packed so tightly with display cases you’ll find you need some skillful maneuvering to make your way through. Inside the cases are the over 500,000 archeological and anthropological artifacts collected from around the world by General Pitt Rivers and donated to the university for the creation of the museum.

When I say ‘collected,’ I really mean plundered as booty from the cultures the British conquered during their colonial period. However, the dubious ways in which the artifacts were acquired does not make them any less intriguing. Shrunken heads, ancient musical instruments and fortune telling sticks are just a sample of the amazing things housed in the museum.

When the sun sets on Oxford, the city transforms from the seat of learning to the seat of partying. The museums and lecture halls close, and bars, clubs and theaters open. Walking through the streets after dark, you hardly recognize the once quiet town. Seven nights a week the streets are packed with people walking between pubs and clubs, and music bumps from the underground dance halls and crowded bars.

The best place to relax with a cocktail at the end of an educational day is The Duke of Cambridge, one of the few upscale cocktail lounges in this pub-ridden college town. The trick to finding The Duke is that it does not have a sign or any indication that behind the inconspicuous door on Little Claradon Street there is a place of business. The only way to find The Duke is to look for the tiny square of wood painted with a brightly colored modern rendition of a man’s portrait; I assumed that the man is the Duke of Cambridge for whom the lounge was named. Inside, one bartender is better looking than the next and they are ready to make any drink you can think of, but I recommend their special watermelon martini.

If bar hopping and dancing aren’t your bag, The Oxford Playhouse runs fantastic shows that often move on to London’s West End theater district. And compared to London, the price is right. Another cool thing about The Oxford Playhouse is that they serve ice cream at intermission. With great theater and sweets you can’t go wrong.

I was lucky enough to live in Oxford for four months last fall for a study abroad program. While there, I developed a love affair with Oxford that will last the rest of my life. Never before had I been able to, in the words of Henry David Thoreau, “live deep and suck out all the marrow of life!” I can’t put my finger on what it was about Oxford that touched me so fully and tied me to the city in such a short period of time. Maybe it was the history, or the authors, or the culture. Maybe it was the dreaming spires and how the city made me feel powerful, like I was continuing the tradition of learning that has been there for centuries. Whatever the city had that stirred me was magic and definitely makes Oxford worth visiting. 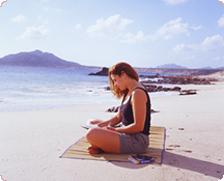 Destination Review: Cabo Pulmo, Mexico: On the Road to Nowhere